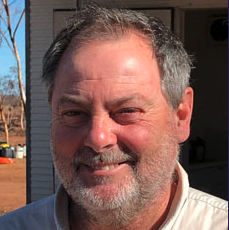 The RC drilling program was completed last month and included 28 holes for 2548 metres, which covered an area approximately 120 metres along strike to the north of the Proterozoic dyke.

The infill holes aimed to test a gap that was created between previous shallow RC holes. If the gap could be filled in by gold mineralisation, then final optimisation work may drive pit designs deeper, which would allow access to more minable gold-bearing ore.

Positively for the company, drilling successfully intersected gold mineralisation zones in the gap between the previous shallow RC holes and deeper RC holes.

Looking ahead, the company will conduct further drilling down dip and down plunge of the current inferred resource at Kat Gap. The program will kick off next month and will include around 10 to 15 holes for approximately 2200 metres.