Despite a strong start to the 2020 financial year, Cochlear (COH) has reported a net loss of $238.3 million, which was largely due to patent litigation expenses and COVID-19.

Cochlear is an ASX 50-listed company that develops and supplies medical hearing devices and implants.

The healthcare giant had a good start to FY20, with its namesake implants delivering a 13 per cent increase in unit growth during the first half. The increase was largely driven by the launch of the Nucleus Profile Plus Series cochlear implant in April 2019.

Unfortunately, implant unit sales have since declined and the company reported a 26 per cent drop for the six months ended June 30 2020.

From January to mid-March this year, cochlear implant units were tracking smoothly and in line with expectations. Unfortunately, this was short-lived as COVID-19 led to a sharp decline of cochlear implant surgeries as global healthcare systems had to redirect their resources.

In April, cochlear implant unit sales in developed markets declined by roughly 80 per cent compared to the same month in 2019.

Surgeries did start to pick up from May, however, conditions varied across different countries. From June, surgery volumes recovered quickly in the U.S., Germany, Benelux, Australia, the U.K., Spain and Italy markets.

Emerging markets, such as China, India, Latin America and the Middle East, represent around 20 per cent of cochlear implant revenue. January and February volumes did suffer as surgeries were delayed in China, but since surgeries recommenced in March, they have continued to grow.

While surgeries in India and Latin America have remained very low throughout this year.

Due to the rapid fall in sales in the second half, and surgery deferrals, underlying net profit declined by 42 per cent from $265.9 million in FY19 to $153.8 million in FY20.

Also decreasing by 42 per cent is Cochlear’s earnings before interest and taxes (EBIT). The medical giant reported an EBIT of $206.9 million for FY20 – a significant drop from $359.3 million in the last financial year.

In March this year, Cochlear lost its appeal to the U.S. Court of Appeals for the Federal Circuit in Washington, DC.

Due to the case, Cochlear lost $416.3 million in patent litigation expenses after tax.

This case dates back to 2014 when the Alfred E. Mann Foundation for Scientific Research (AMF) took action against Cochlear for infringing two AMF patents.

Following back-and-forth judgements on whether, and how many, infringements were valid or invalid, Cochlear eventually lost its appeal and would have to pay US$280 million (roughly A$387.9 million) including post judgement interest.

In today’s results, Cochlear stated it intends to lodge an appeal with the U.S. Supreme Court against this judgement.

“We believe the amount of damages awarded was out of proportion with the limited application of the patented feature, acknowledging that inflated damages awards are a risk of patent disputes in the US,” the company stated in today’s announcement.

At the end of FY20, Cochlear agreed to a settlement with AMF of pre-judgement interest and attorneys’ fees totalling US$75 million (roughly A$103.9 million). As of June 30, the company had provided the US$75 million.

The settlement is conditional upon the outcome of the appeal against the US$280 million judgement. If Cochlear’s Supreme Court appeal is successful, there may be a new trial.

“As we transition from dealing with a health crisis to assessing the long‐term economic impacts of the pandemic, we are thinking more about what may change in the hearing implant landscape” the company stated.

The company has remote care solutions in the works and is in the process of gaining regulatory approval. Additionally, the company received approvals for implant, processors, and clinical and surgical support tool products.

Cochlear said it wants to emerge from the pandemic in a stronger competitive position by supporting its workforce, investing in research and development (R&D) programs and market growth activities.

COH by the numbers 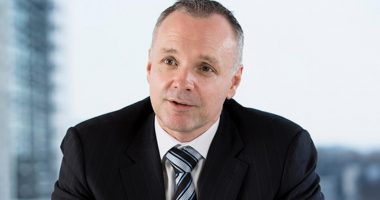 Rail freight operator Aurizon (ASX:AZJ) has slashed its first-half dividend by nearly a third amid slightly…

Aurizon Holdings (ASX:AZJ) has agreed to a restructured debt deal, giving the company access to some…

Rail freight operator Aurizon (ASX:AZJ) can progress with the sale of its Acacia Ridge Terminal after…