Coles up 4.2 per cent after unveiled plans to slash $1 billion in costs 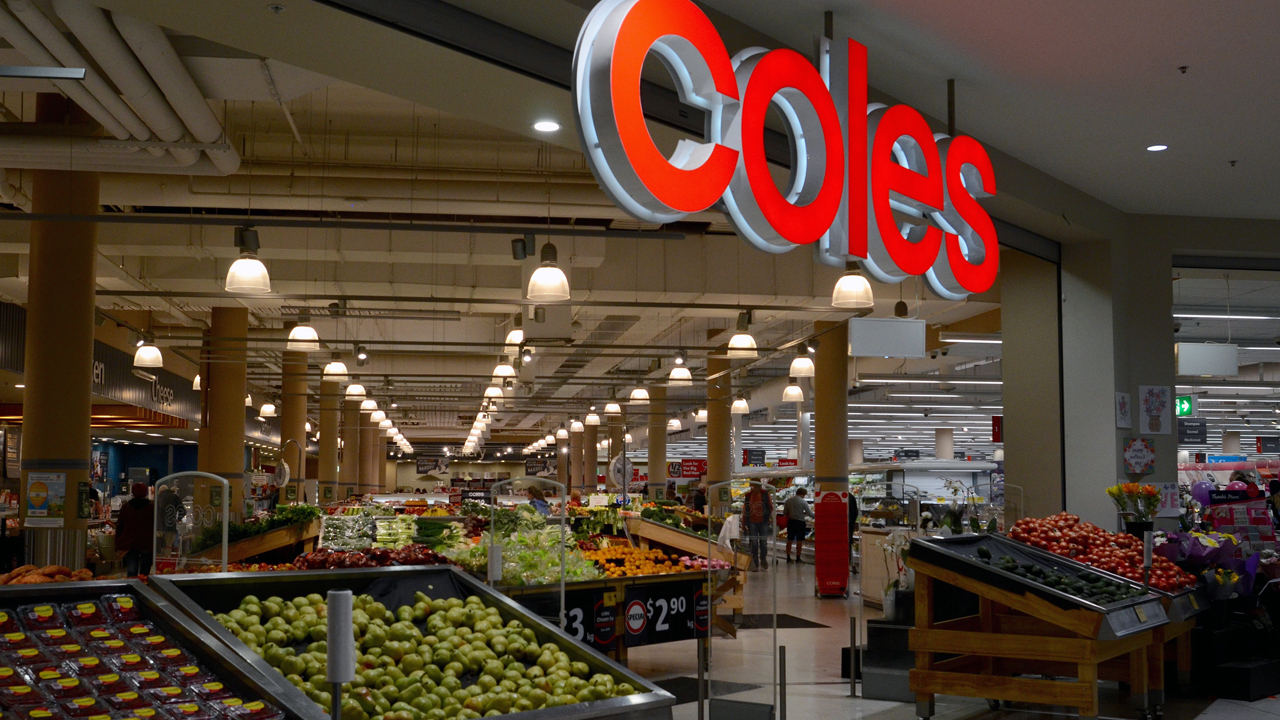 Shares recouped yesterday’s losses after the Reserve Bank signalled it is likely to cut rates again to boost the economy.

The market extended gains after the Reserve Bank released the minutes from its policy meeting earlier this month where it cut the cash rate to a record low 1.25 per cent. The key passage in the minutes read: “Given the amount of spare capacity in the labour market and the economy more broadly, members agreed that it was more likely than not that a further easing in monetary policy would be appropriate in the period ahead.”

While not unexpected, that was enough to send shares up and the dollar down. The Aussie was lately buying 68.4 US cents, off almost a fifth of a cent from its level before the minutes were released.

Gold miners and other exporters benefit from a weaker currency. The Australian gold sector rose 1.3 per cent as traders picked up the likes of Evolution Mining, up 2.1 per cent, and Saracen Mineral, up 2.7 per cent.

Tech stocks were also back in favour as Afterpay rebounded 6.9 per cent from a brutal three-day sell-off, and Xero added 2.7 per cent.

The heavyweights of the markets were mixed. BHP edged up 0.1 per cent, while Rio Tinto fell 0.1 per cent. CBA was the pick of the banks with a rise of 1.1 per cent.

What’s hot today and what’s not: Hot today: shares in Coles Group surged 4.2 per cent after the supermarket giant unveiled plans to slash $1 billion in costs from the business by 2023. The company will reduce staff, increase automation in warehouses and stockrooms, and install more self-serve checkouts. Investors liked what they heard, boosting the share price to its highest level since it was spun out of Wesfarmers as a standalone company in November.

Mining services company Emeco has been under pressure this year amid speculation about the impact of the trade war on Chinese demand for Australian raw materials. However, the company has attracted recent fund buying and today rose another 7.3 per cent to be the best performer on the index.

Not today: fleet manager McMillan Shakespeare yesterday warned of challenging conditions in the retail car market impacting volumes and revenue growth. Shares sold off yesterday and continued this morning, lately down 8.8 per cent after earlier touching a one-month low.

In economic news, house prices fell more than expected last quarter. Prices declined 3 per cent across the eight capital cities over the first three months of the year. Economists had predicted a fall of nearer 2.5 per cent.