The GCCA plans on decreasing, offsetting or capturing the seven per cent of global carbon emissions currently produced by cement production.

According to the Australian Department of Industry, Science, Energy and Resources carbon capturing is the process whereby CO2 is separated from other gases and stored in underground hubs or reused in manufacturing processes.

The GCCA has committed to a gradual shift over the next three decades with a closer target of a 25 per cent reduction in emissions by 2030.

“The industry has already made progress with proportionate reductions of CO2 emissions in cement production of 20 per cent over the last three decades,” the GCCA said.

With the exclusion of roughly 20 per cent of the world’s production in cement, the GCCA represents the large majority of producers.

One month ahead of the United Nations climate conference, industry bodies and governments have been under pressure to disclose emission targets and strategies.

Foundations of the future

In addition, GCCA has planed to implement greener strategies at every stage of global concrete production.

Firstly it aims to change energy sources from fossil fuels to renewables and co-process waste from other industries as a fuel source.

In addition, the GCCA says it has a goal of finding and substituting more alternatives to clinker in the cement and improving the efficiency of cement in construction.

Clinker is a cement additive made from limestone and clay which has been heated at high temperatures in a kiln. To achieve high temperatures, the kiln has to be heated by burning a lot of thermal coal.

Recycling concrete from demolition waste and increasing CO2 recycling through a circular approach to waste management could also make the industry greener.

Data from the World Wildlife Fund (WWF) said using fossil fuels for manufacturing and to heat the kiln created 40 per cent of the industry’s carbon dioxide.

The remaining 60 per cent is the calcium oxide by-product from the limestone once it has been heated.

In addition to the factors above, the WWF said pricing carbon expenditure could reduce wastage and irresponsible carbon production.

“Putting a carbon price on fuel use or emissions creates an incentive for the most efficient plants to fully use their capacity and at the same time restrain the use of the most inefficient ones,” the WWF report said. 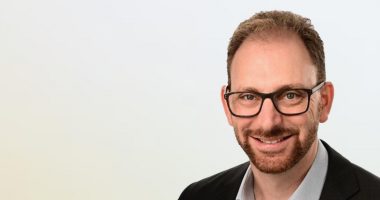