Core Lithium (CXO) has recounted its September quarter which focused on advancing the construction stage of its Finniss lithium project in the Northern Territory.

The company released an upgraded definitive feasibility study for its flagship project which was supported by a notable increase in ore reserves and life of mine (LOM) to 7.4 million tonnes at 1.3 per cent lithium oxide and an eight-year mine life.

The DFS demonstrated the ‘compelling’ economics of the Finniss project which has low capital costs and competitive operating costs. This will result in strong operating margins and a short payback period.

The study indicated a pre-production capital expenditure of $89 million which may be repaid within two years from the sale of its first concentrate, estimated for late next year.

Positively, the updated DFS has paved the way for Core Lithium to begin developing and constructing stage one by the end of this year to start delivering spodumene concentrate to customers in 2022.

Core Lithium also signed a two-year power connection deal with Power and Water Corporation in the Northern Territory. This allows the company to build a link between the Finniss project and the PWC Electricity System so electricity can flow between the two.

To round off the quarter, Core announced a final investment decision had officially been made to begin developing the first ever lithium mine in the Northern Territory.

Financially speaking, Core spent $1.8 million on operating activities, which went mainly towards admin and corporate costs. Another $10.5 million was put towards investing activities such as property, plant and equipment, and exploration.

Further, Core raised around $115.8 million under an equity raise and ended the quarter with $136.7 million — a significant increase from the $38.2 million it started with. 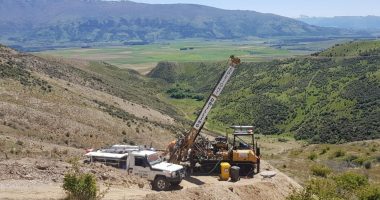