Dan Andrews discharged from hospital, out of action for at least six weeks 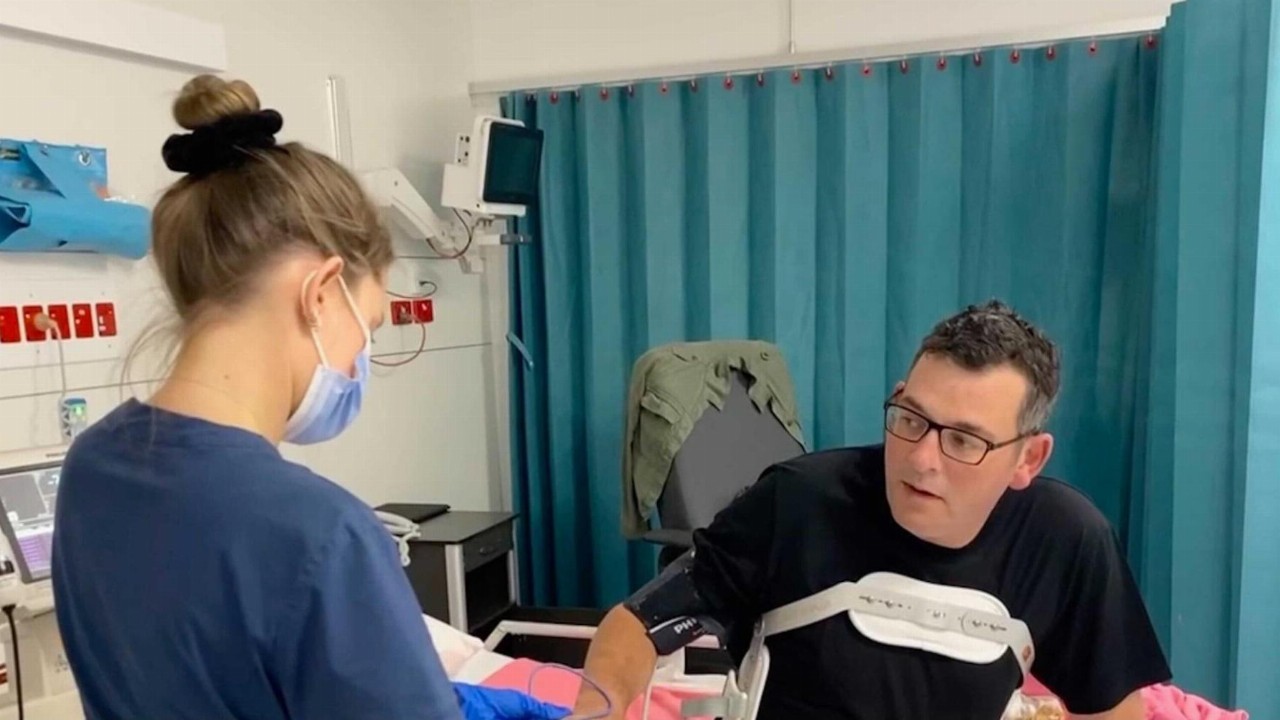 Victorian Premier Dan Andrews has been discharged from hospital this morning after last week’s nasty fall but has confirmed he’ll remain out of action for at least six weeks.

The state’s acting Premier, James Merlino, said there’s a chance he may attend an upcoming National Cabinet meeting in the place of the injured Premier.

Dan Andrews broke several ribs and fractured his vertebrae when he slipped on wet stairs at a holiday house in Mornington Peninsula last week. He spent several days in an intensive care unit before being move into a ward at The Alfred hospital in Melbourne.

The Premier said in a statement today he narrowly avoided permanent damage to his spinal cord.

“These are serious injuries that require me to wear a brace throughout each day except when sleeping. My doctors also want me to get rest and undertake a comprehensive program of physiotherapy,” he said.

“That’s why I will take a leave of absence from my duties for at least six weeks.”

The good news is no surgery for now – but the doctors tell me recovery and rehab is still going to be a very long journey.

Our thanks to the entire team at @AlfredHealth for their care and professionalism.

Like all our health professionals, they are the best of Victoria. pic.twitter.com/8PFxKsUJrh

Today, he has been discharged from the hospital to continue his recovery at home.

However, The Alfred’s director of trauma services, Professor Mark Fitzgerald, said the Premier has responded well without surgery so far, but will need to be watched closely as his rehabilitation journey gets underway.

“Any deterioration may lead to a need for surgery down the track,” Professor Fitzgerald said.

“However, we are gradually progressing in the right direction at this time.”

Given the Victorian Premier’s six weeks of absence, the state’s acting Premier said discussions are currently underway to see if he could attend the April National Cabinet meeting in Dan Andrews’ place.

James Merlino, who will continue in his role as Minister for Education and Mental Health while acting as Premier, said that under current National Cabinet arrangements, Premiers can’t have proxies attend meetings on their behalf.

“There’s common sense to that — that is an appropriate mechanism,” Minister Merlino said, according to the Australian Broadcasting Corporation.

“But this is a circumstance where I’ll be acting Premier for some time, so we’re having those discussions and resolving those issues with the Commonwealth,” he said.

The issue of proxies at the National Cabinet meeting is is expected to be resolved ahead of the upcoming meeting, but so far there’s been no confirmation that Minister Merlino will attend the meeting in Dan Andrews’ stead.