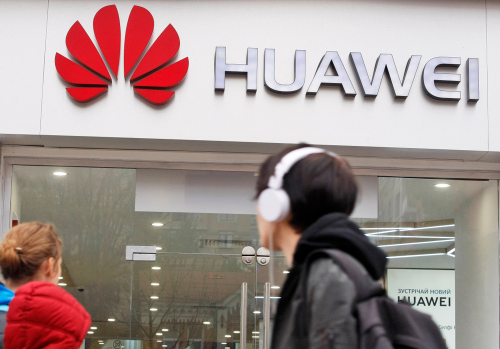 Yesterday’s bumper rally was a memory as attention switched back to President Trump’s trade feud with China. U.S. stocks fell overnight after the White House ramped up the dispute by blacklisting Chinese tech giant Huawei. That sent a shiver through U.S. companies that supply Huawei and dragged the tech-heavy Nasdaq down almost 1.5 per cent. The broader S&P 500 lost 0.67 per cent.

The local I.T. sector has been a standout this year but this morning tanked 3 per cent as traders pondered the fallout for Australian companies. Afterpay fell 4.4 per cent, Nanosonics 3.5 per cent and Wisetech 2.1 per cent. Software provider Technology One and share registrar Computershare picked the wrong day to release disappointing investor updates. Technology One slumped 12.3 per cent as a 130 per cent lift in profit before tax was overshadowed by a downbeat outlook. Computershare shed 8.3 per cent despite reaffirming its earnings guidance.

Supermarket giant Woolworths hit a four-and-a-half-year peak yesterday, but this morning fell 3.9 per cent after rival Coles announced it will match Woolworths by offering customers fruit and vegetables with imperfections to reduce waste.

Today’s fall would have been heavier if not for another solid session for the banks after the industry regulator announced it was considering loosening lending requirements. APRA – the Australian Prudential Regulation Authority – said it had placed on review a rule that customers applying for mortgages are assessed on their ability to manage repayments if interest rates rise to 7.25 per cent. Scrapping the rule would make it easier for banks to lend. CBA jumped 1.3 per cent, ANZ 1.6 per cent, NAB 1.2 per cent and Westpac 2.1 per cent.

The market got a brief bounce from the release of the minutes of the last RBA meeting, which confirmed that the central bank is keeping a close eye on jobs data and would consider cutting the cash rate if unemployment trends higher and inflation remains weak.

At the speculative end of the market, today’s standout was a junior medical technology firm called LBT Innovations, whose shares tripled after the company announced clearance from the U.S. Food and Drug Administration for a device for urine analysis. CEO Brent Barnes said the clearance gave LBT the only commercial product of its kind available for sale in the US. Shares in the company were lately up 14 cents or 200 per cent at 21 cents.

China appeared to take the latest trade developments in its stride. The Shanghai Composite gained 0.9 per cent. Hong Kong’s Hang Seng eased 0.1 and Japan’s Nikkei 0.4 per cent. In the US, S&P 500 futures rallied 11 points or 0.4 per cent.

On currency markets, the dollar was buying 69.1 US cents.