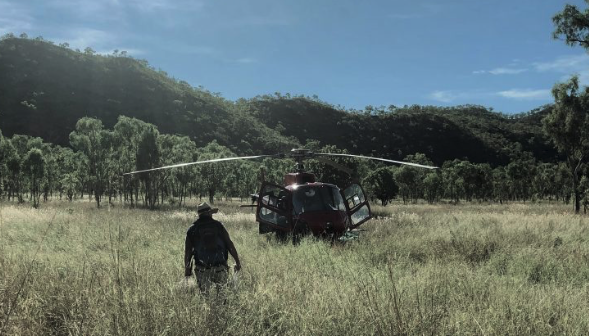 The company told investors this morning that rock chips from outcropping ironstones along the Yin prospect had returned assays of up to 11.2 per cent total rare earth oxides (TREO).

According to Dreadnought, 11 other REE prospects in the area still need to be inspected, so fieldwork is currently underway in these zones.

Dreadnought Managing Director Dean Tuck said the number of REE prospects identified at Yin was an “interesting development” for the Mangaroon project.

“Further work is underway to determine the potential scale and implications of this opportunity,” Mr Tuck said.

“In the interim, we remain focussed on drilling at our Kimberley project with rigs and personnel mobilising on schedule in June 2021.”

Dreadnought pointed to the Yangibana project as an example of what could be beneath the surface at Yin.

The ironstones at Yangibana lie between five and 20 kilometres from easily accessible nearby roads.

The area was first targeted by prospectors in 1972, though the REE potential of the area’s ironstones was first assessed in 1985.

The Yangibana project currently has a mineral resource of 27.42 million tonnes at 0.97 per cent TREO with 0.33 per cent neodymium and praseodymium oxide (Nd2O3+Pr6O11).

This is potentially important given that Dreadnought’s Yin assays returned a result including 3.6 per cent Nd2O3+Pr6O11. This means the TREO and the Nd2O3+Pr6O11 component from Yin are both similar in characteristics to Yangibana.

Neodymium and praseodymium elements are used for magnets in electric vehicle and renewable power generation.

Dreadnought has already completed some wide-spaced soil sampling along key areas of its Mangaroon project, with mapping and rock chip sampling underway in some zones.

The company said it was planning a project-wide multi-element stream sediment sampling program to begin this month.

Shares in Dreadnought Resources were up 8.7 per cent and trading at 2.5 cents each at 10:40 am AEST. The company has a $71 million market cap.