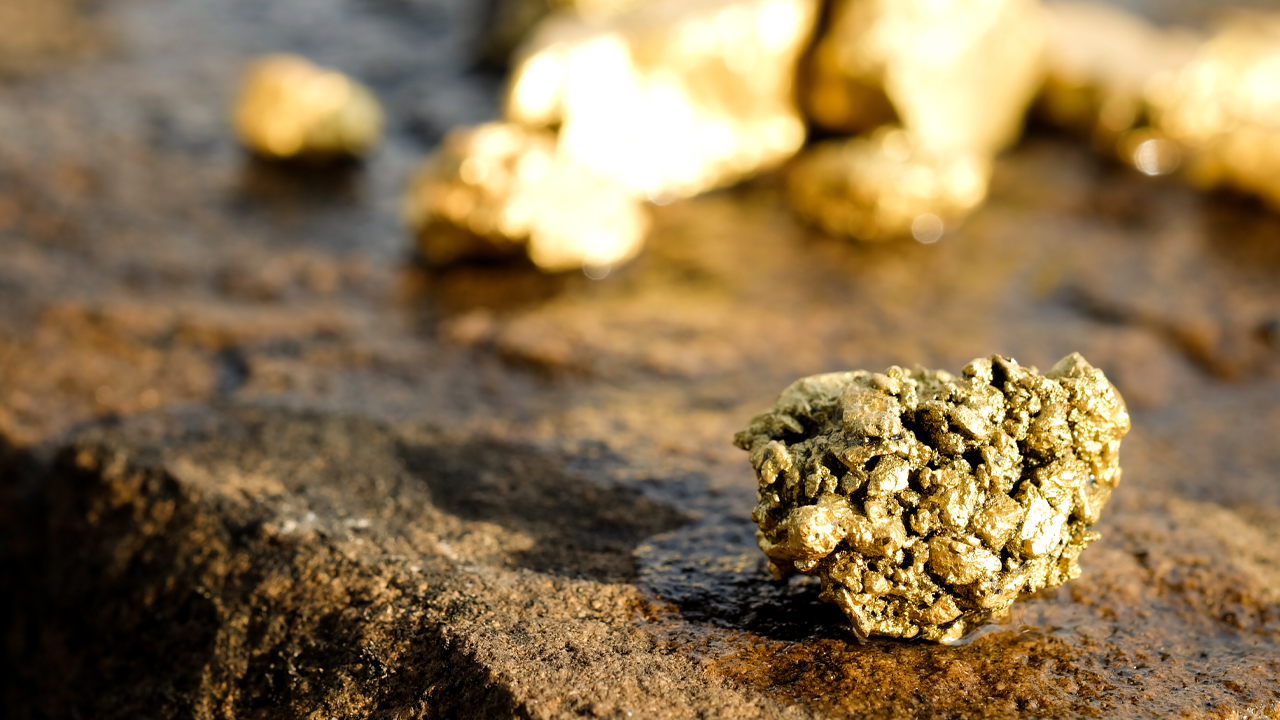 Gold mineralisation at Lucky Strike is hosted within multiple north-west trending banded iron formation (BIF) units and was discovered by the company in 2017 from wide spaced early stage aircore drilling.

This recently completed drill program was aimed to further evaluate the interpreted strike and plunge potential of the significant gold mineralisation hosted by the BIF intersected in hole LEFR140 in September 2019.

A total of 18 reverse circulation (RC) holes, for 2029 metres, were completed with hole spacing along each section either at 10 or 20 metres.

To support this RC drilling, a single angled pre-collared diamond hole was drilled to 45 metres and completed with a 39.4 metre diamond tail.

The diamond core sought structural information and the contact relationships of the BIF.

The intersection of 18 metres at 6.57g/t gold from 68 metres is hosted within a strongly oxidised BIF unit that was interpreted as the near surface position of a new plunging lode.

The lode and plunge geometry was further supported by the down plunge intersection in LEFR146, 12 metres at 2.97g/t gold from 147 metres, which is open.

The plunge orientation of this new lode is consistent with that observed from drilling in the main drilled area of Lucky Strike.

An improved geological understanding could then be applied to areas of BIF along strike where wide spaced drilling has yielded lessor tenor gold intersections.

The drill pattern was restricted to evaluating the BIF to a vertical depth of 100 metres.

Additional RC drilling was also designed to further evaluate the shallow oxide mineralisation in hole LEFR152 that intersected 22 metres at 2.49g/t gold from 63 metres in the previous program.

This is interpreted to represent another new code position at Lucky Strike that occurs at or near the contact of the hanging wall andesite and the metasediments and is open both along strike and down dip.

A total of four spaced RC holes were completed on this section.

The confined weathering of the BIF is interpreted to represent an oxidation channel down a structure or alteration zone that is open along strike.

The BIF is strongly oxidised, maintains a consistent downhole width of 12 metres, and has sharp contact relationships with the hanging and footwall shale units.

These results provide further support for the interpretation that Lucky Strike is part of a large, mineralised structural trend.

The opportunity is to discover additional high-grade ore shoots or lodes along a BIF unit that is currently only defined by wide spaced RC drilling.

Planning of the next stage of RC drilling is underway and will include closer spaced drilling around shallow gold oxide mineralisation.

Scheduled to begin in January 2020, this will further expand the ore shoot centred on LEFT140 and test for new shallow ore shoots.

Lefroy has also begun resource modelling of the existing drill data and aims to deliver a maiden Lucky Strike resource in the March 2020 Quarter.

This will incorporate the January 2020 drilling program.

In conjunction, Lefroy is now evaluating options to rapidly develop the Lucky Strike and Red Dale Prospects into production either via a local mill or toll treatment facility.

Lefroy has ended the day 2.44 per cent in the red with shares trading for an even 20 cents apiece in a $20.59 million market cap.