Dulux up 27 per cent after $3.8B takeover from Japanese Nippon Paint 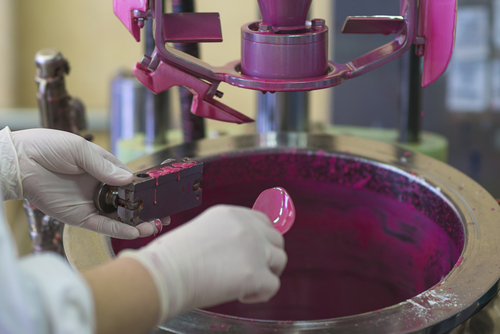 A slump in iron ore miners dragged the ASX into the red for the first time in four sessions.

The ASX 200 fell 15 points or 0.2 per cent to 6263 as Tropical Cyclone Veronica continued to exact a toll on index heavyweights BHP and Rio Tinto. A day after Rio Tinto cut its iron ore production guidance, rival BHP followed suit, also blaming last month’s cyclone, which damaged infrastructure and affected mining activity in the Pilbara. Shares in BHP dropped 2 per cent to their lowest point this month. Rio fell 4.1 per cent after announcing the retirement of long-serving executive Joanne Farrell.

Profit-taking was widespread across the iron ore sector following two days of declines in the ore spot price. Fortescue Metals skidded 6.2 per cent, Mount Gibson Iron 4.1 per cent and Grange Resources 4.6 per cent. Shares across the sector hit decade-highs this month as the spot price of ore neared US$100 a tonne. Today’s rout came after the spot price eased almost 2 per cent in two sessions as Chinese steel futures hit reverse.

Gold stocks were the other drag on the market after the precious metal fell to its lowest level of the year. Regis Resources shed 3.4 per cent, Resolute Mining 3.3 per cent, St Barbara 3.2 per cent and Northern Star 2.8 per cent. Overnight, US gold futures Gold futures dropped through technical support to $US1,279.30 an ounce.

The fall on the local market would have been deeper if not for solid gains in Telstra and the big banks. Telstra advanced 2.3 per cent to its strongest level since August. CBA headed for a fourth straight win with a rise of 0.7 per cent. ANZ gained 1.1 per cent, NAB 0.7 per cent and Westpac 1.4 per cent.

DuluxGroup was the day’s standout stock, jumping 27 per cent to $9.74 after the board of directors unanimously recommended shareholders accept a $3.8 billion takeover offer from Nippon Paint. The Japanese giant offered $9.80 per share, a 28 per cent premium to yesterday’s closing price.

The market pared its fall ahead of an upbeat economic update from China. Measures of quarterly Chinese GDP, retail sales and industrial production all came in ahead of expectations. GDP grew 6.4 per cent last quarter, the same rate as the previous quarter and ahead of the 6.3 per cent expected by economists. Industrial production jumped 8.5 per cent last month as government stimulus measures gained traction. Retail sales growth also accelerated.

Overnight, US stocks muddled higher in choppy action as traders parsed earnings reports from Netflix, Bank of America and Johnson & Johnson. The S&P 500 closed less than 0.1 per cent ahead. S&P 500 futures were recently up 2.85 points or 0.1 per cent.

Crude oil edged higher overnight after a report showed US stockpiles declined last week. Texas crude futures put on another 45 cents or 0.7 per cent this morning to $US64.50 a barrel.

On currency markets, the dollar was buying 71.93 US cents.

Looking ahead to the next 24 hours, Wall Street has earnings updates tonight from the likes of IBM, PepsiCo and Morgan Stanley, plus trade figures, crude oil inventories and the Federal Reserve’s “beige book” of current economic conditions. Tomorrow’s big-ticket report here is the monthly jobless update, due at 11.30am Eastern Standard Time.