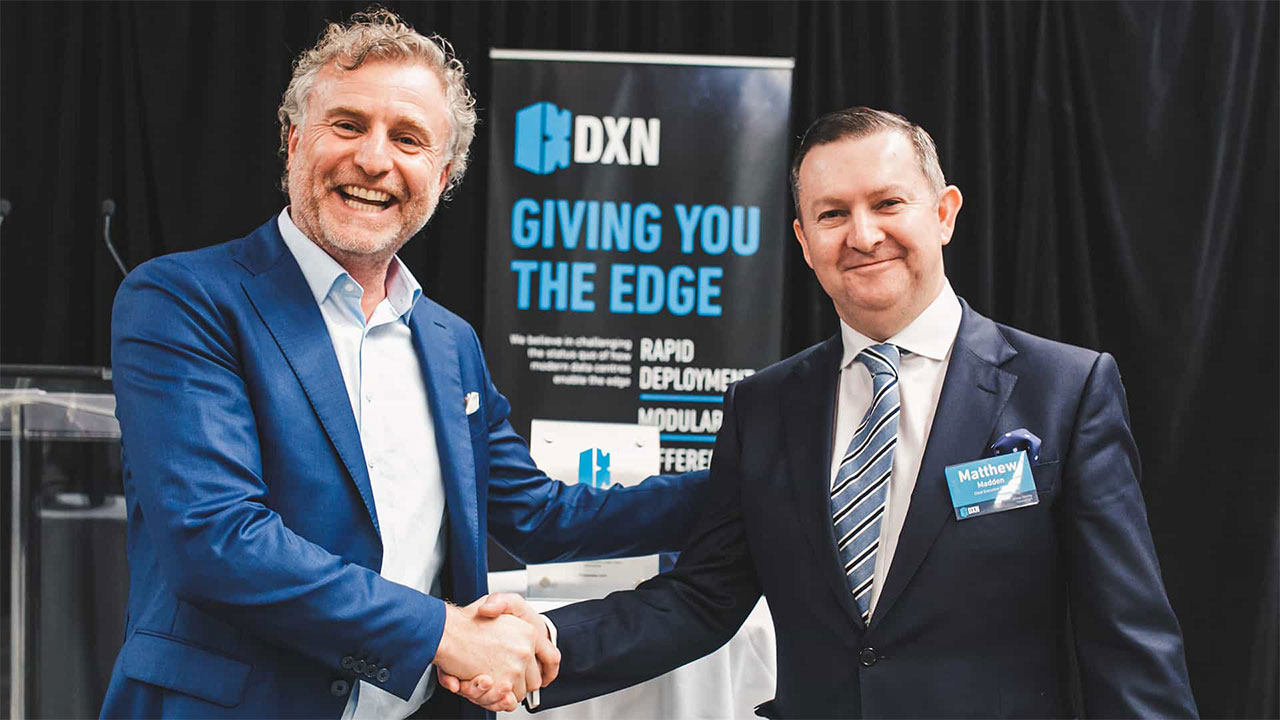 Over the March quarter, DXN banked $2.1 million from customers. In the December quarter, the company made $661,000 from customers — representing a quarterly increase of 218 per cent.

The drivers behind the bolstered quarterly customer receipts are a string of contracts signed over 2020 so far.

Notably, DXN signed a $740,000 contract with Australian Gas and Infrastructure Group to supply a turnkey data centre to the Perth central business district in January.

DXN also landed a three-year maintenance contract with Synergy and a three-year colocation contrary with Business Communications Australasia (BCN) over the quarter.

Perhaps the most expensive activity over the March quarter is DXN’s planned purchase of Tasmania-based Data Centre 3 (DC3).

The company revealed plans to buy DC3 from TasmaNet for $2.7 million in February.

What ensued was two separate attempts to tap shareholders for the funds to complete the DC3 buy.

Initially, DXN planned to raise $6 million by offering shareholders the opportunity to snap up one new share for every three already owned at four cents each. In this original entitlement offer, shareholders would receive one free attaching option for every new share exercisable at eight cents each over 12 months.

However, in mid-March, DXN had to withdraw the entitlement offer due to market volatility as COVID-19 ravaged global economies.

Intent on making sure it’s able to make the DC3 purchase, however, DXN launched a re-priced entitlement offer in early April. The new offer lets shareholders buy 13 new shares for every 10 already owned at one cent each to raise $5.9 million.

Under the new offer, shareholders will be given one free option for every new share bought exercisable at two cents each over three years.

Of course, the coronavirus crisis is not yet over. Given DXN’s $1.46 million cash on hand at the end of March, shareholders might be concerned about how long the company can survive while markets remain volatile.

Though significantly lower than the previous quarter, DXN still burned $747,000 over the March quarter.

At this level of spending, this gives DXN less than two quarters of runway before cash runs out.

Nevertheless, the company does not seem worried. Despite the tough economic conditions, DXN is expecting to earn between $3.4 million and $3.6 million from customer receipts over the next two quarters to offset the spending.

On top of this, some COVID-19-relief measures put in place by governments and banks are set to help the company preserve some cash.

Currently, DXN has a chattel mortgage facility with ANZ which requires $117,000 of monthly repayments to the bank. Starting from April and over six months thereafter, however, DXN does not have to make any interest payments to the bank as part of a COVID-19 relief program.

The company said it has sought government assistance to weather the COVID-19 storm in the form of the jobkeeper subsidy, a cash boost payment, payroll tax deferral, and more.

Thus, with revenue on the incline and the potential funds from the entitlement offer on the way, DXN seems confident in its future despite its limited cash pool.

Shares in DXN are trading grey today, currently worth one cent each in a $4.56 million market cap.