The company is aiming to develop the project to be a globally significant manganese producer and sees this shipment as another milestone in its quest.
ASX:E25      MCAP $217.4M

Element 25 (E24) has sent a second shipment of manganese concentrate from its Butcherbird Project in the Pilbara to its off-take partner OM Materials.

The shipment of around 27,000 tonnes of ore reportedly left Utah Point in Port Hedland on August 30 bound for OM Materials which is a subsidiary of ASX-listed OM Holdings (OMH).

E25 is aiming to develop the Butcherbird project to be a globally significant producer of high quality manganese concentrate and high purity battery grade manganese sulphate, and sees this second shipment as a milestone in its quest.

Moving forward, the company is looking to process larger shipments of between 55 and 60 kilotons in an attempt to take advantage of more competitive shipping tariffs at larger cargo sizes.

To assist the shipments, E25 has secured a lay-down area at Pippingarra in Port Hedland, where the larger shipments will be established before secondary hauling into the Utah Point facility.

While production continues at Butcherbird, the company’s business development team is reportedly working towards progressing the project to producing electric vehicle batteries.

E25 said the team was focussing on a stage two expansion of the concentrate business followed by a development to convert the concentrate material into high purity manganese sulphate monohydrate for the batteries.

This feat aligns with the company’s aim of assisting in the global transition away from fossil fuel powered mobility. 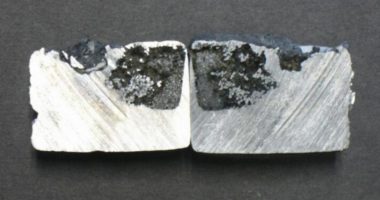