Emerge Gaming spikes 15.8 per cent after signing distribution deal to US market 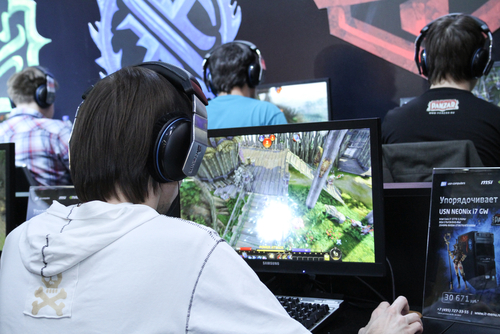 Shares in EM1 are up 15.8 per cent this morning after announcing a partnership to distribute the company’s services to the U.S. market.

Competitive gaming organiser Emerge Gaming has signed a memorandum of understanding with based Digital Media Circus to bring the company’s streaming technology GameCloud to American audiences.

The deal will see Media Circus advising Emerge on distributing their GameCloud service to North American consumers, as well as offering their game development services and resources to Emerge’s portfolio of operations.

As of this time, no financial details of the partnership have been released to the public.

“This collaboration is a key component to opening up the U.S. market for the introduction of the GameCloud technology and opening up new avenues for mobile eSports in North America,” said Emerge Gaming CEO, Gregory Stevens.

Media Circus are game developers operating in New York, Los Angeles, Toronto and Canada. The company has worked on video game titles such as Medal of Honor, Ghostbusters, Prototype and Ice Age 2: The Meltdown.

“We are very excited to be partnering with Emerge Gaming and . They have a sharp focus on the future of gaming and interactive media and that future is now,” Digital Circus Executive, David Wheeler said.

Operations under Wheeler have seen Media Circus generate over $2 billion in revenue.

EM1 shares closed yesterday at a price of 1.90 cents and are now settled at a premium of 2.2 cents each. Shortly after market open, however, they did reach a peak price of 2.60. The company’s market cap is currently $14.35 million.