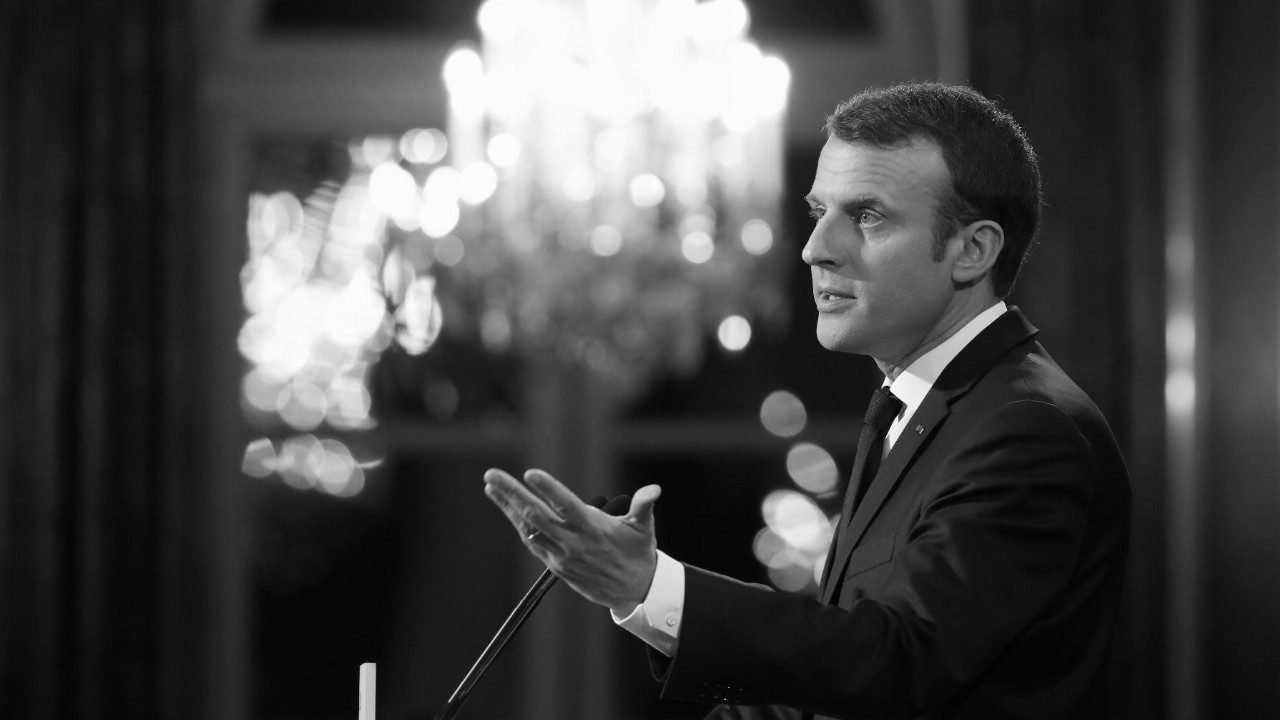 In 2017, Emmanuel Macron was “a meteor born under a lucky star.” A former banker without experience in elective office, he benefited during his first presidential campaign from President François Hollande choosing not to seek re-election, while the conservative candidate and front-runner, François Fillon, faced an embezzlement charge.

In 2022, the planets appeared to align once more, this time on account of international circumstances rather than national dynamics. As president of the European Union since January, Mr. Macron has enhanced his status as a legitimate interlocutor with Vladimir Putin, even if his attempts to end the Russian invasion of Ukraine have been unsuccessful. All opinion polls have shown Mr. Macron leading in Sunday’s first round of the presidential election, but his lead has been swiftly declining.

In his first campaign, Mr. Macron claimed to be “neither left nor right,” a slogan that had seduced many who are weary of the old political divisions. Once elected, however, he quickly revealed what that meant in practice. Cutting taxes for the wealthy, shrinking the welfare state and hollowing out democracy, Mr. Macron drifted rightward, to the point of shocking some members of La République En Marche!, his party.

Far from changing course, Mr. Macron appears to be doubling down. In recent months, his appeal to the right-wing electorate has become ever more explicit, orienting his platform around two of the right’s traditional themes — control of immigration and stiffening of secularism. It may deliver him another victory. But Mr. Macron is playing a dangerous game. By absorbing his opponents’ views into his own platform, he risks bringing about a political landscape hazardously skewed to the right.

Among Mr. Macron’s first decisions in office was the abolition of the wealth tax and a flat tax on capital income, which benefited the rich. At the same time he pursued a reduction in the housing allowance for the poor and a reduction in pensions for retirees. Halfway through his first year in power, he had become the “president of the rich.” The image stuck, burnished by his reform of labour law, which limited workers’ rights and weakened representative organisations, curtailment of unemployment benefits and diminution of employers’ social security contributions.

During the COVID-19 pandemic, Mr. Macron did show a different face. Having ordered a lockdown of the population, he decided that the state would generously bail out companies, which salvaged many of them and avoided massive layoffs of workers. The act, though broadly in line with governments across Europe, was undoubtedly helpful. All the same, Mr. Macron’s first term tended unmistakably to widen inequalities, as shown in surveys.

In parallel, there has been a disquieting democratic decline. During 46 of the past 78 months, France has been under a state of emergency, a record in Europe. It was declared by Mr. Hollande after the terrorist attacks in Paris in 2015, then under Mr. Macron at the beginning of the Covid-19 pandemic. Confronted with similar challenges, Germany never used such extreme measures. Moreover, two days before the end of the first state of emergency, at Mr. Macron’s initiative, various emergency statutes were integrated into the common law by his party-dominated Parliament. Since then, six laws restricting the rights of asylum seekers, protesters, prisoners, labour unions and nongovernmental organisations have been enacted.

The prerogatives of the police have also significantly been expanded at the expense of the judiciary, notably for search warrants and stop-and-search. The permission to use guns by the police has increased. During the Yellow Vest movement, 2,495 protesters were wounded, 30 lost one eye, five had their hand blown off. Asked about the damage caused by so-called sublethal weapons prohibited in most European countries, the president declared that speaking of repression or police violence was unacceptable under the rule of law.

Mr. Macron’s combination of neoliberalism and authoritarianism has deepened inequality, diminished the welfare state, weakened democracy and aggravated the mistrust of politics, resulting in unprecedented abstention rates in regional elections, especially among the youth. Under the Fifth Republic, in place since 1958, it is a unique record.

There is one domain in which Mr. Macron had raised more optimistic expectations: climate change. In 2018, Minister of Environment Nicolas Hulot detailed an ambitious plan to reach carbon neutrality by 2050 in accordance with the 2015 Paris Agreement. A year later, as it became clear that the administration was not complying with its objectives, the popular Mr. Hulot resigned in protest. A year later, Mr. Macron convened The Citizens’ Convention for the Climate to provide proposals to mitigate global warming, which he promised to follow. But his government abandoned some of the most significant ones and watered down others.

Yet the most revealing sign of Mr. Macron’s political drift to the right has been his placing the control of immigration, implicitly from the South, and the regulation of religion, tacitly Islam, at the center of his politics.

On immigration, Mr. Macron has become ever more hard-line. In the past five years, the unprecedented repression of migrants and refugees at the border with Italy, in informal camps around Paris and above all in the so-called jungles of Calais, from where exiles try to reach Britain, has been denounced by human rights organisations. As incoming president of the European Union, he announced that after the drowning of 27 people in the English Channel in November, border policing by the European agency Frontex should be reinforced, disregarding the higher risk for migrants.

Earlier in 2021, Mr. Macron had a bill voted on by his parliamentary majority against the alleged “separatism” of Muslims, who have been deemed a threat to republican values. Criticised by religious groups and advocacy groups as an attack of civil liberties, this law has already allowed the government to dissolve several nongovernmental organisations.

The xenophobic and Islamophobic notes in Mr. Macron’s policies may come as a surprise from a candidate whose constituency is mostly composed of middle- and upper-class voters as well as retirees for whom immigration and secularism rank far lower as priorities than purchasing power, the health system and the environment. But with the left candidate of La France Insoumise, Jean-Luc Mélenchon, polling third in the first round, Mr. Macron appears to have assumed that he would win the presidential election on his right, against Républicains’ Valérie Pécresse, Reconquête’s Éric Zemmour, and above all, Rassemblement National’s Marine Le Pen, in second place, with a constituency attuned to her nationalist program.

It’s been done before. In 2002, Jacques Chirac adopted a similar approach in a runoff against Jean-Marie Le Pen. Ahead of the vote, Le Pen warned that “voters always prefer the original to the copy.” He was wrong, and lost by about 60 percent. In mid-March, when his daughter Marine was polling between 16 and 22 percent behind Mr. Macron in the second round of the election, it seemed like his prediction would continue to fall short. But now, when the difference between the candidates has plummeted to as little as 2 percent, it looks close to coming true.

During his 2017 campaign, Mr. Macron presented himself as a renovator of politics and a rampart against the far right. Today, he appears to be something very different: a traditional politician, offering a bridge to the far right. For a president who promised to remake France in his image, it is a worrying legacy.

Didier Fassin, an anthropologist and physician, is the James D. Wolfensohn professor at the Institute for Advanced Study, Princeton, and the director of studies at the École des Hautes Études en Sciences Sociales, Paris. He works on moral and political issues and on crisis in contemporary societies. He is recently the author of “The Will to Punish,” “Life: A Critical User’s Manual,” and “Policing the City: An Ethnographic.” 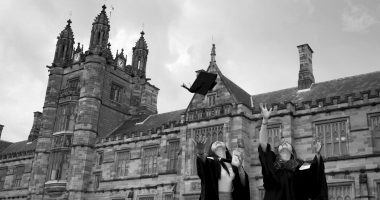 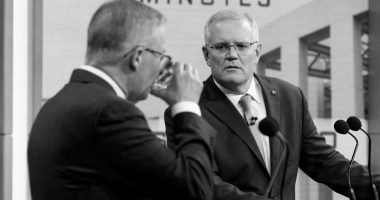 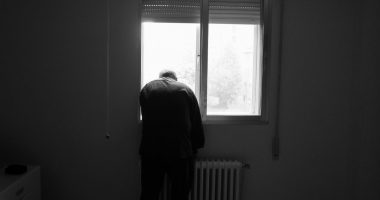