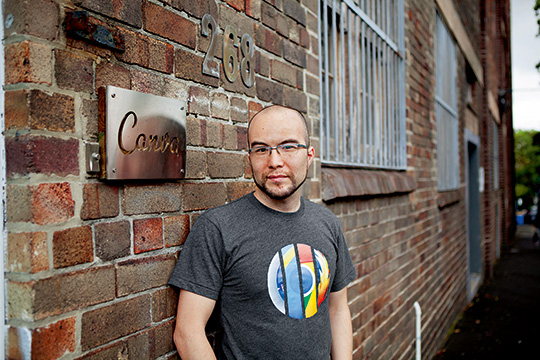 Esports Mogul has made the addition of a valuable board member this week, welcoming Canva co-founder Cameron Adams to its team.

After a five-month search for a digital market and tech veteran, news of Cameron joining the company as a director broke on Monday. The company confirmed the news with a media release to shareholders this Tuesday.

“Their product is unparalleled within the esports market, and I look forward to helping the team continue to improve it and grow the new monetisation opportunities that have arisen from the launch of Mogul’s Branded Hubs earlier this year,”

Esports Mogul has quickly solidified its place on the Australian market as a big player in esports solutions. The company offers gamers instant streaming, matchmaking and tournament building across the globe.

The Mogul ‘Branded Hubs’ platform is one of its most recent additions, helping professional gamers customise their online visibility and exposure — much like a social media page.

Cameron Adams kicked off his professional career as a front-end developer at design consulting firm Eclipse, in 2005. By January 2008, Cameron joined Google as a user interface graphics designer — a position he filled for 3.5 years.

In 2012, he founded Sydney-based Canva — an online design platform that today boasts over 20 million users and was recently valued at $5.1 billion. Canva wasn’t Cameron’s first major success either, as he solidified his place in the design industry working for Atlassian, NEC, TEDx and Sydney Festival by 2012.

He has since written five books and spoken at several high-profile cultures and tech events including South by Southwest, CeBIT, Webstock, and RISE.

“Cameron’s confidence in Mogul’s success – and the incredible value he can add to accelerate that success – is a testament to the accomplishments achieved to date,” Mogul Managing Director Gernot Abl said.

“We’re excited to have Cameron on our board, and look forward to working closely with him both at a board level, as well as Cameron being able to provide invaluable mentoring and guidance opportunities to our team.”

Now with digital and tech veteran Cameron Adams on the board, the company has more confidence than ever.

“Cameron’s experience in developing a digital product worthy of a multi-billion dollar valuation with revenues in the hundreds of millions will be a massive benefit for the Mogul team, providing invaluable insight and guidance in their pursuit of making Mogul the premier online esports destination for gamers, fans, teams, influencers, publishers and organisers,” Mick said.

“With Cameron now joining the Mogul board we will continue our strategic review with the benefit of his guidance and network, including considering further board appointments over the coming months.”

Shares in Esports Mogul have boosted 30 per cent today, trading for 1.3 cents each in a $16.30 million market cap.