Evacuations continue across flooded parts of NSW and Queensland 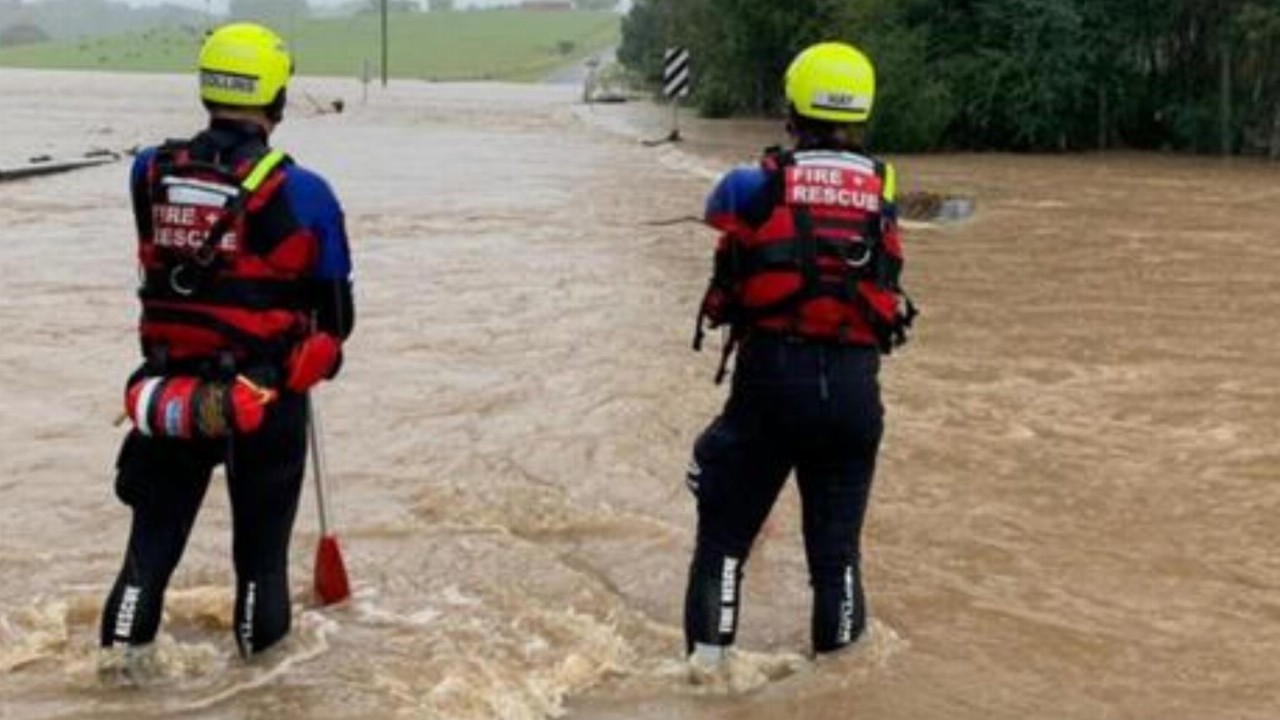 Heavy rainfall continues to cause dangerous flooding conditions in communities across NSW and Queensland and more rain is expected in the coming day.

Authorities in NSW have warned up to 15,000 people could be asked to evacuate from their communities as more heavy falls are forecast for Tuesday.

Around 18,000 people were forced to flee their homes on Monday, with large parts of the state impacted by damaging floodwaters.

Thirty-eight areas across NSW have been labelled disaster zones, with some regions hit by more than 200 millimetres of rain in the last 24 hours alone.

Unfortunately, the Bureau of Meteorology has warned the rainfall is expected to intensify in parts today, before dissipating on Wednesday.

It may have been going for days but unfortunately this situation is far from over. This map shows #Flood Watch & #Warning zones with rain radars overlaid. You can see rain still falling in flood areas, with more forecast for coming days https://t.co/n6uSzt271E@NSWSES @nswpolice pic.twitter.com/oXD9pWq4UI

But, Premier Berejiklian explained that even when the rain stopped, the threat of flooding will remain.

“So even though you might hear the forecast for tomorrow in some parts of Western Sydney or some parts of the state is no rainfall and sunny, it does not mean the danger has passed, quite the contrary,” she said.

“Many river systems are still taking major flows in many rivers continue to rise so they could be flooding in communities we have not anticipated so that’s why, please, listen to the advice in the alerts,” she added.

Large parts of southern Queensland have also felt the brunt of the heavy rainfall, with flash flooding reported in multiple regions.

Fire and Rescue Service swiftwater crews conducted six rescues in south-east Qld overnight, including four instances of vehicles in floodwater. With more wet weather on the horizon, we’re urging residents to back it up when faced with floodwater. #ifitsfloodedforgetit 📷Clagiraba pic.twitter.com/P9OMfbsIJQ

Another 150 millimetres of rain is expected to fall in the state’s southeast today, which could result in more flooding and even landslides.

To date, more than 3000 insurance claims have been made in flooded areas across NSW and Queensland with that number expected to rise further.