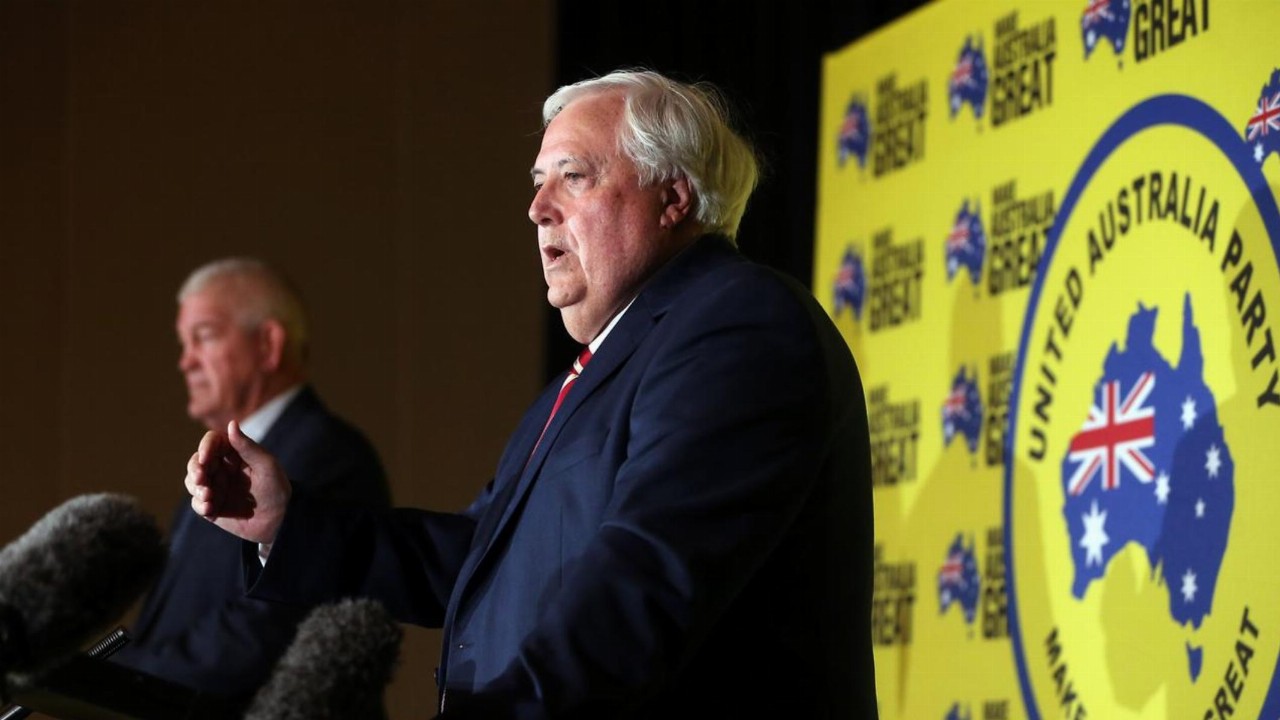 The Commonwealth Government has opted to wash its hands of the border battle between businessman Clive Palmer and the WA State Government.

Clive Palmer, the mining magnate and head of the United Australia Party, took legal action against the WA Government on its hard border policy after he was denied entry into the state.

He requested entry into WA to manage his business, Mineralogy, and because of his role as Chairman of The Palmer Foundation. Both entities are based in the state. However, his application for entry did not meet the necessary criteria of 'exempt traveller' status, and as such he was locked out of the state.

Now, the businessman has taken the matter to the High Court, who will decide in coming months if WA's border stance is unconstitutional.

Over the weekend, Prime Minister Scott Morrison sent a letter to WA Premier Mark McGowan in which he said the Federal Government will drop its involvement in the case.

The Federal Government faced criticism and backlash for joining the court action 'in support' of the plaintiffs, Clive Palmer and Mineralogy, though Attorney-General Christian Porter insisted the Commonwealth was not taking sides in its involvement.

He said that a court document from June claiming "the Attorney-General intervenes in support of the position of the plaintiffs" was simply using "standard" court language. As such, rather than proving support of Clive Palmer's position, it just proved that the Federal Government believes WA's hard border rules are likely unconstitutional, the Attorney-General said.

Now, the Prime Minister has said the Commonwealth will withdraw from the case completely.

In his letter to the WA Premier, Prime Minister Scott Morrison said the decision comes in light of the recent new outbreak of COVID-19 infections in Victoria.

"I consider, on balance, that we must set aside the normal convention in these circumstances and not continue the Commonwealth's participation in this case."

He reaffirmed the Attorney-General's position that any Commonwealth involvement was not to take sides in the matter but to simply assist the High Court.

"It is the Commonwealth's preference that this case had never been brought forward," the Prime Minister's letter said.

"Likewise our actions have no been to support any private interest of the plaintiffs. To suggest such an association would be false," he said.

The Prime Minister cited section 92 of the Commonwealth Constitution, which states that movement between the states must be "absolutely free", but allows for temporary border closures based on reasonable grounds, such as protecting the health of the citizens of that state.

The Prime Minister stressed that WA's testing, tracing, and social distancing response to a fresh outbreak of COVID-19 is still the most effective way to ensure the state's ongoing safety.

What does it mean?

In terms of the WA border dispute, it's likely the Commonwealth withdrawal will have no major impact on the High Court decision.

By the nature of Australia's separation of powers, one of the High Court's roles is to determine whether legislation — state or federal — goes against the constitution on which Australia is built.