Finding the unexpected winners of the infrastructure boom 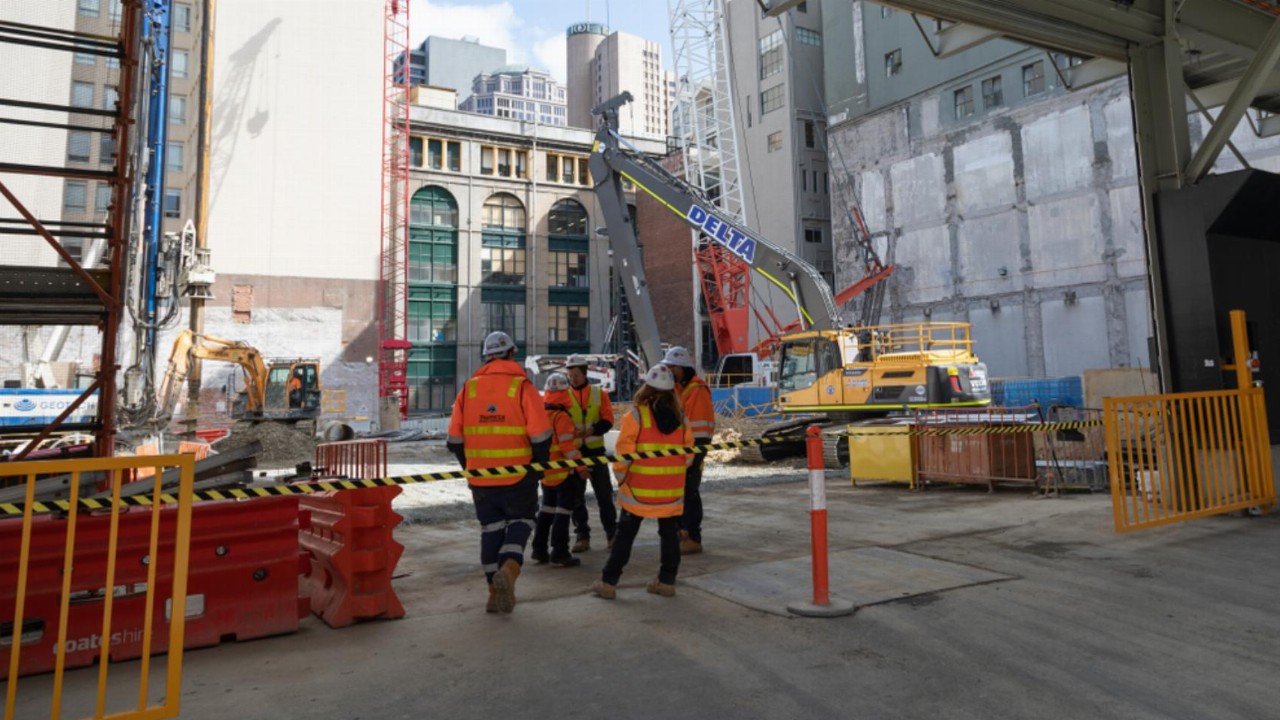 In September, the Federal Government released its 2021 Australian Infrastructure Plan, advocating for a new wave of infrastructure reform to be driven by an unprecedented $110 billion investment.

The report highlighted some key areas of reform to improve the quality of life for all Australians and ensure the country’s economy is resilient enough to withstand a major unexpected shock — such as, say, a once-in-a-century global pandemic.

The government’s vision for the next 15 years addresses a range of areas for reform, including city redevelopment and expansion, housing density, public and private transport, development of regional communities, energy infrastructure, and stronger digital services.

In short, Australia is going to be doing a remarkable amount of building over the next decade and a half.

Overseas, the story is similar: US President Joe Biden in November signed a massive US$1.2 trillion (A$1.7 trillion) infrastructure bill into law, finalising a key part of his economic growth plan.

For investors, the most natural stocks to look to in an infrastructure boom are established businesses closely tied to relevant sectors, such as companies in property development, telco, and materials.

However, prudent investors will be on the lookout for major growth opportunities from unexpected areas.

ASX-listed Ansarada (AND) has the potential to be one such company.

Ansarada (ASX:AND): A flurry of tenders, financing and asset sales

Perhaps most importantly, Ansarada has built an end-to-end platform to manage not just the financing and deal aspects of infrastructure, but the whole tendering lifecycle. This streamlines and adds a layer of security to what can often be an arduous and high-risk process between companies and governments.

Ansarada has helped facilitate over $200 billion worth of infrastructure projects around the globe including shipping ports, airports, roads, rails, stadiums, and more. According to the company, its infrastructure tenders business grew in total contract value (TCV) by 30 per cent last year.

Managing Director Sam Riley said government tendering for major infrastructure projects can be some of the most high-risk processes for both the company and the government agency involved.

“Damage to government and professional reputations and the loss of taxpayer money are just a few of the inherent risks to these highly-scrutinised processes,” Mr Riley said.

“These risks are even greater considering the rise in cybercrime, state-sponsored cyber threats, and the general climate of uncertainty associated with COVID-19.”

Tenders, or invitations to bid on high-value contracts, require ongoing communication, meticulous evaluation, careful due diligence, and ease of access for relevant documents between all parties.

On top of this, the process requires meticulous controls on bid submissions.

Ansarada’s tech is designed to facilitate all this and more while offering what the company claims are the highest levels of document security and activity tracking to satisfy the strictest probity requirements that go hand-in-hand with infrastructure tendering.

The relevance of this type of technology to the upcoming infrastructure boom is clear.

Australian state governments will be funding and launching hundreds of key infrastructure projects over the next 15 years, which means infrastructure service suppliers will be flooded with tender opportunities as they vie for the contracts.

Ansarada’s platform fees work on either a per-project per-user basis or under an annual subscription model, meaning the more tenders there are, the more money is up for grabs for the company. Further, the more companies and governments standardise on Ansarada, the more subscription-based revenue the company will receive, too.

According to Infrastructure Australia, there are already 125 state project proposals and 26 national proposals under evaluation. With the government’s $110 billion investment, these numbers will only grow.

“Add in regions where Ansarada has already won infrastructure clients like the US, Middle East, Europe, Asia, and Africa, and the total value of the infrastructure pipeline up for grabs is several trillion dollars,” Mr Riley said.

To top it all off, Ansarada this month announced a 12-month, $1.2 million deal with Infrastructure and Place (I+P) — a division of Transport for NSW — for its unique tenders software.

The deal marks a transition from I+P engaging with Ansarada on a project-by-project basis to a more standardised platform agreement. Through the arrangement, I+P can launch the Ansarada tech for any and all projects in just minutes.

There is a natural correlation between infrastructure and commodities: as builders win new contracts, they need to ensure they have enough materials to get these projects done.

The likes of iron ore, oil, and battery materials tend to hog the spotlight when it comes to commodity investments, but there’s another little-known mineral used widely across the infrastructure industry: rutile.

Technically, rutile is the cleanest and purest form of titanium dioxide in nature. However, the processed material is used as a pigment for plastics and, importantly, paint.

Now, to be clear, demand for rutile is already robust: international market research firm Industry Arc predicts the global rutile market will hit US$4.1 billion (A$ billion) by 2025 after growing at a compound annual growth rate of 4.8 per cent from 2020 onwards.

In Australia, however, this demand could be further inflated by the infrastructure boom because where there’s new infrastructure, there’s paint.

Just like how Ansarada’s software meets an oft-unseen gap in the government tenders market, so too does Sovereign Metals (SVM) meet a gap in the infrastructure and painting markets.

The company owns the Kasiya deposit in Malawi, which SVM claims to be one of the largest rutile discoveries in the world. What’s more, Sovereign Metal’s mining process means the rutile is ready for production as soon as it comes out of the ground, unlike other pigment producers.

Couple this with rutile’s applications in welding rods, and Sovereign Metals could offer a unique opportunity for investors to capitalise on the untapped potential of rutile as a commodity.

Sovereign, which just listed on the AIM market of the London Stock Exchange (LSE) under the ticker code SVML, recently released the preliminary Scoping Study results for its Kasiya Rutile Project in Malawi, just 20 months after the initial discovery.

According to the business, the open pit mine design may provide an annual average life of mine profits before interest, taxes, depreciation, and amortisation of US$161 million (A$224.9 million) (EBITDA).

The scoping study anticipated an annual throughput of 12 million tonne of rutile during a 25-year mine life based on 38 per cent of the drill-defined mineralisation at the rutile project.

The bottom line for investors

All investment carries risk, but a sound strategy can alleviate some of the dangers associated with having a punt on the market.

One strategy is to stick to established businesses with large market caps and consistent profit.

The general rule of law for the stock market is that it always goes up in the long run — meaning big caps and index funds offer a certain degree of safety. However, the trade-off for this type of investment comes in the form of slow gains over a longer period of time.

Yet, every now and then comes an opportunity for investors to take a stake in a company with high growth potential thanks to a solid pipeline of untapped revenue.

The Australian infrastructure boom is one such opportunity.

It’s up to investors, then, to find the right plays for their individual situations and to time their moves wisely to maximise any potential gains.