Fortescue Metals 2.2 per cent to a ten-year peak 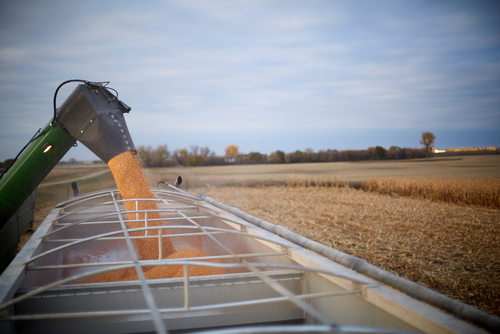 Shares hit a seven-month high as the prospect of lower interest rates and a federal spending splurge helped offset a flat night on Wall Street.

The ASX 200 climbed 41 points or 0.7 per cent to 6284 mid-session, a level last seen in early September last year. For once, domestic issues were front and centre after a cautious Reserve Bank rate outlook yesterday encouraged hopes of a cut and the Morrison government last night committed to tax reductions and increased spending on infrastructure.

Also working in the market’s favour was momentum from earlier in the week following signs that the global economy is doing better than economists suspected. Both China and the US released manufacturing figures that were much stronger than anticipated, suggesting recent gloom about the economic outlook may be overdone.

Tech stocks fell just short of a post-dot.com peak, edging up 1.1 per cent. The sector last month recorded its strongest read since the heady days of the first tech boom, which crested and crashed in 2000. Today’s market leader was Appen, which rose 4.7 per cent after announcing it had completed a deal to buy US-based Figure Eight Technologies, which makes machine learning software.

This morning’s other leading gainers were graphite miner Syrah Resources, up 5.5 per cent after a torrid few months, and appliance maker Breville, a potential winner from last night’s tax cuts, which jumped 4.2 per cent.

At the other end of the market, Spark New Zealand fell 4.1 per cent after announcing the resignation of Managing Director Simon Moutter. And the troubled Eclipx Group dropped 4.4 per cent after declaring it had terminated takeover talks with McMillan Shakespeare and agreed to reimburse McMillan $8 million for the cost of the abandoned merger.

The dollar rose more than a third of a cent to 70.98 US cents after trade and retail reports both came in stronger than expected this morning. The trade balance increased to $4.8 billion, well ahead of consensus, as China continued to gobble Australian resources. Retail sales also defied modest expectations, increasing by 0.8 per cent in February.

Overnight, the rally on Wall Street ran out of steam, with the three major indices ending mixed but little changed as investors await news from the resumption of trade talks with China. The Dow Jones Industrial Average dropped 0.3 per cent, the Nasdaq edged up 0.25 per cent and the S&P 500 – the broadest of the three – closed dead flat.

Asian markets were mixed. China’s Shanghai Composite eased 0.4 per cent, while Hong Kong’s Hang Seng and Japan’s Nikkei both gained 0.5 per cent. S&P 500 futures in the US were recently ahead a bullish 11.5 points or 0.4 per cent.

The oil price rose for a third night to settle at a five-month high in the US. West Texas Intermediate crude futures were lately up another 21 cents or 0.3 per cent at $US62.80 a barrel. Gold was steady at $US1,296.30 an ounce.

Looking ahead, US-China trade talks resume tonight in Washington. Also ahead for Wall Street are US payroll data, services activity and crude oil inventories. Brexit discussions continue in the UK, with Prime Minister Theresa May now seeking a delay to consult with opposition parties.