Get on with it: Treasurer’s message to Vic. Premier amid lockdown debate 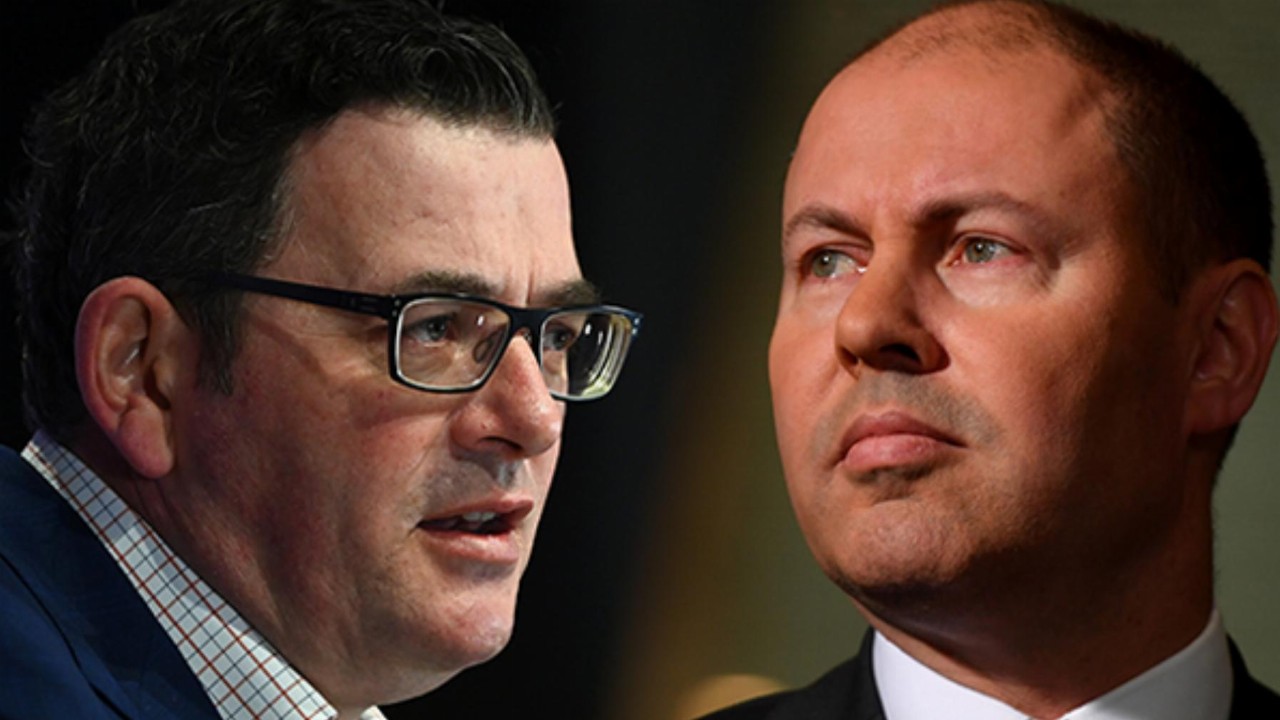 The Federal Treasurer has sent a strong message to the Victorian Premier as debate rages around when Melbourne’s COVID-19 lockdown conditions should be lifted.

Josh Frydenberg has taken aim at Daniel Andrews decision to keep restrictions in place until the end of the month, stating he needs to give Victorian’s their freedom back.

“My message to Daniel Andrews is to get on with it. Stop stringing people along and give them an opportunity to get about their daily normal lives in a COVIDSafe way,” Treasurer Frydenberg said in an interview with Nine.

The criticism from the Federal Treasurer comes as the Victorian Government announced restrictions were unlikely to be lifted next week, as the state’s COVID-19 average hadn’t fallen below five.

However, around 600,000 school kids were able to return to their classrooms this morning after being home-schooled since late June.

Further social interaction allowances are also expected to be announced, but for many businesses, there’s still no exact date on when they’ll be able to re-open and trade as usual.

“I have tried to be as clear as I could with people that it did not look likely to me or to any of the team that we’ll get below five by next Sunday,” Premier Daniel Andrews said.

“I don’t think we’re going to be able to go as far in and as fast as we’d hoped but there will be significant changes. They won’t be as much as we’d hoped to do. But it’s not like next Sunday it will be the same rules that this Sunday is being conducted under,” he added.

Along with the pressure from the Federal Government, Premier Andrews is also facing increased criticism from within his own party for his responses at the hotel quarantine inquiry.

The Premier’s right-hand man, Department of Premier and Cabinet Secretary Chris Eccles has tendered his resignation after phone records contradicted his claim neither he nor Daniel Andrews could remember who gave the order to use private security at the hotels.

Victoria Police revealed Eccles had contacted then-police commissioner Graham Ashton during the time the hotel quarantine program was being set up and advised that hired guards would be used to guard those quarantining.

Eccles’ resignation follows Health Minister Jenny Mikakos’ announcement last month that she had quit her portfolio after being named responsible by the Premier for entire hotel quarantine system in Melbourne.

Mikakos has hit-out at the Premier’s claim she was solely responsible for the program and instead suggested his evidence to the inquiry should be treated with “caution”.

Around 99 per cent of all infections recorded during Victoria’s huge second wave of infections from June onwards can be traced back to two failed hotel quarantine venues — the Rydges on Swanston and the Stamford Plaza hotel.

More than 600 people, primarily elderly Victorians living in aged-care homes, died after contracting COVID-19 during the second outbreak of the novel virus, while all of Melbourne has spent months in strict lockdown.

The next decision on easing restrictions in the city will be made on Sunday, October 18.