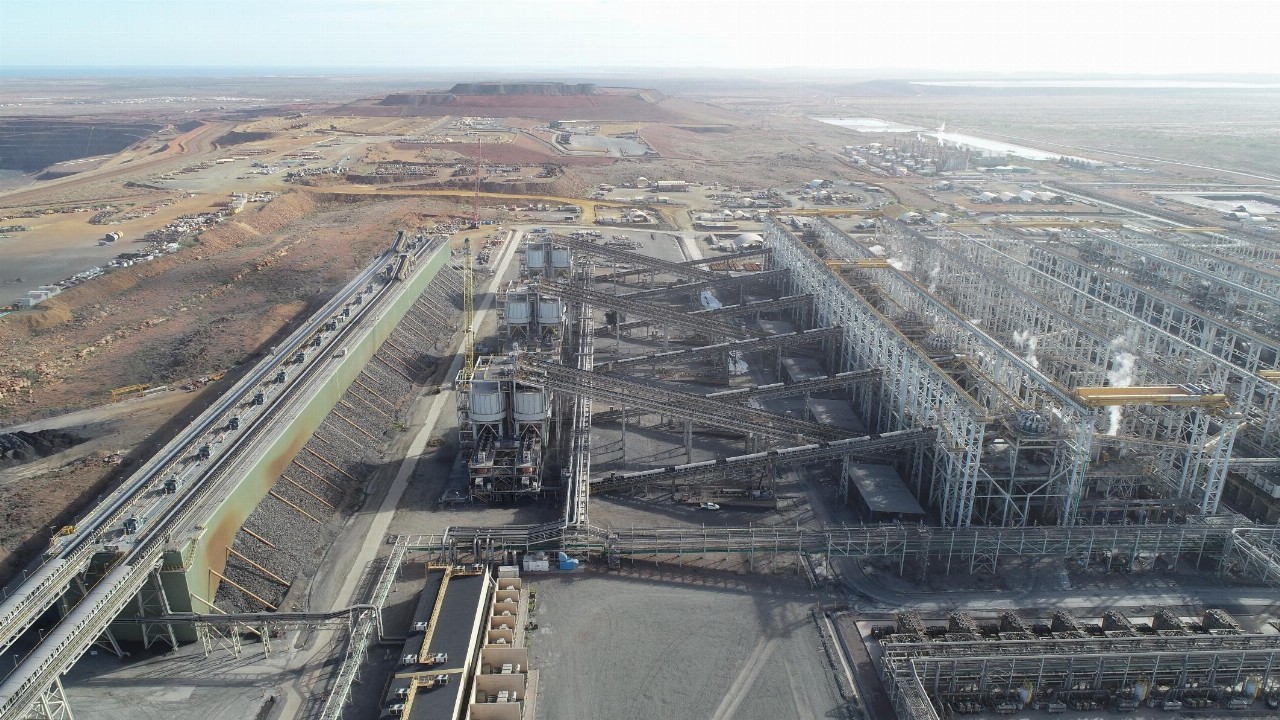 Hematite direct shipping ore (DSO) requires a relatively simple crushing and screening process before being transported to port, loaded and bulk-shipped for use in steel making.

The DSO is a simpler proposition to exploit, and mining giants BHP and Rio Tinto have been riding the lucrative train called the hematite-fuelled iron ore market boom for much of this century.

Magnetite iron ore also goes through an initial crushing and screening treatment but then needs to be upgraded via beneficiation or a secondary processing stage to produce a premium high-grade concentrate product for steel making.

Steel making through conventional blast furnaces has always been energy-intensive and generates a ton of greenhouse gas emissions – actually, more like millions of tonnes.

The global push for net zero emissions and “green” or cleaner steel has seen magnetite iron ore concentrate with its higher grade and lower levels of impurities, come into sharp focus.

The major corporate shifts in the space

The shift to magnetite certainly appears to be gaining momentum in WA, led by Fortescue Metals Group’s (FMG) multibillion-dollar development of the Iron Bridge magnetite project about 145 kilometres south of Port Hedland.

Iron Bridge is due to come on stream at the end of 2022 and will be closely watched by other players in the magnetite space, given the chequered history of magnetite projects in WA.

FMG last month also struck a binding memorandum of understanding with Chinese company Sinosteel to evaluate the latter’s Midwest magnetite project, with the “rapid project assessment” to include weighing up a rail and port development at Oakajee near Geraldton.

“We are confident that together with Fortescue we will make the Midwest a low-carbon, green, high-quality iron ore centre and lead a new era of magnetite development in the Midwest,” President of Sinosteel Group Corporation, Andong Liu, said.

Other key iron ore producers considering the merits of magnetite include Gina Rinehart’s Hancock Prospecting, which has recently dipped its toes in the water by way of acquiring an interest in the Mt Bevan iron ore project from Legacy Iron Ore (LCY) and Hawthorn Resources (HAW).

In addition, Mineral Resources (MIN) announced late last year that it would be looking at potentially transitioning from hematite mining at its Yilgarn Hub production operations to the development of magnetite resources.

The junior explorers to watch

The pivot to magnetite is not isolated to majors staking their claim. A crop of junior magnetite hopefuls has also been working on progressing exploration and development programs, with the Yilgarn region shaping up as an epicentre of magnetite iron ore deposits and investment.

One of the emerging magnetite iron ore candidates in the Yilgarn that has a bankable feasibility study (BFS) almost finalised on developing its flagship Lake Giles magnetite iron ore project about 150 kilometres north-west of Kalgoorlie is dual listed Macarthur Minerals (MIO).

A resource upgrade for Lake Giles is expected to be released in conjunction with the BFS, which is set to be tabled shortly and will also examine the economics of renewable energy to partly power a commercial operation.

Lake Giles is one of the most advanced magnetite iron ore projects in the region and what best places the Yilgarn to drive magnetite opportunities, is access to established road, rail and export infrastructure to support development.

The company already has a binding 10-year offtake agreement in place with Glencore for the supply of up to four Mtpa of concentrate grading at least 65 per cent iron content.

Macarthur looks to be a leader of the Yilgarn pack as it moves a step closer to mapping out a clear pathway to production.

Capital costs of building a new magnetite mine will not be cheap. However, taking into consideration Ms Rinehart’s strategic earn-in investment in the Legacy/Hawthorn project, assets such as Lake Giles may offer an attractive consolidation or acquisition target in the current market.

Lake Giles is also intended to be developed with a manageable start-up production profile that will ensure its project capital is digestible and therefore more easily fundable. But with a 1.2-billion-tonne magnetite resource at Lake Giles, it looks like just being the start of even bigger things.

In the meantime, Macarthur will shortly wrap up its BFS and start the ball rolling on project financing options ahead of a final investment decision in the near future.