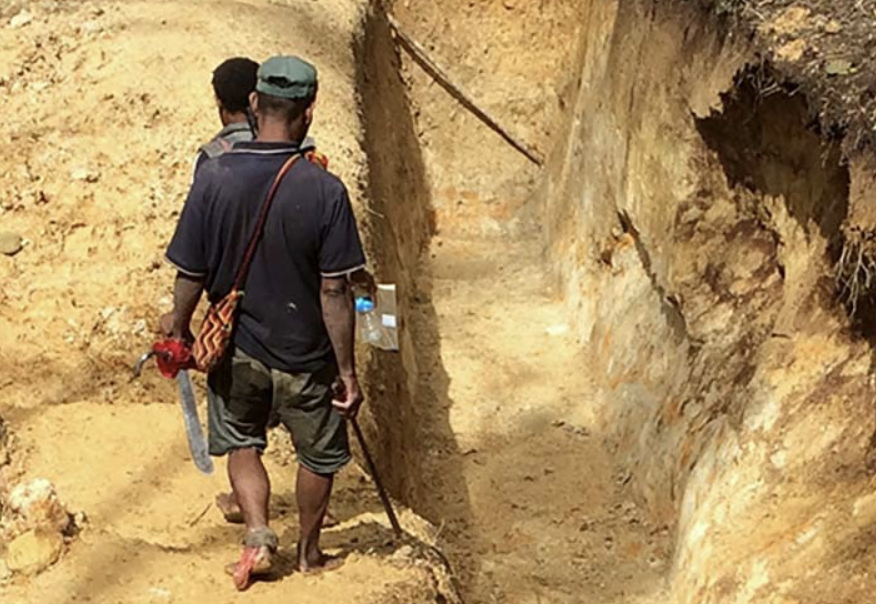 The assays come from the third and fourth holes, dubbed MWD003 and MWD004, of an ongoing drilling program in the project area.

Gold Mountain said multi-element assays had already been received for hole three, with spot highs of one metre at 0.2 per cent copper, two metres and 16/1 g/t silver, and one metre at 187 parts per million (ppm) molybdenum recorded from the hole.

The company said it recorded anomalous copper, gold, and silver mineralisation throughout the entire length of the third hole.

Multi-element assays are still pending from the fourth hole.

Meanwhile, Gold Mountain said wide zones of alteration and mineralisation were being observed in the fifth hole of the program, which is currently drilling at 465 metres deep.

“The mineralisation we are observing in MWD005 is confirmation that we are exploring a very large mineralised system,” Mr Cameron said.

“These gold intercepts and associated alteration contained within broad zones of mineralisation are, in my opinion, very significant and build my confidence that we are getting closer to a major find.”

He said the company’s Papua New Guinea team was focused on identifying new prospects in the country, while the Australian team was working to analyse drill results to help focus additional drilling to maximise the chance of making an economic discovery.

As for the company’s regional exploration work in the area, Gold Mountain has collected 383 rock chip samples from the southwestern part of its Mt Wipi prospect to identify prospects for future follow-up work.