Gold stocks slipped back US$1,300 an ounce 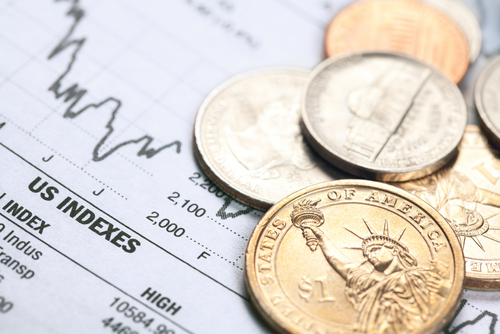 The share market headed towards a positive close to a lacklustre week as bank stocks mounted their biggest rally in seven weeks.

The ASX 200 broke decisively out of its recent tight trading band, rallying 46 points or 0.7 per cent to 6244. A close around that level would seal a weekly gain of more than 60 points.

Yield stocks were back in favour amid further signs that China is close to a trade deal with the US. Traders snapped up financials, telecoms and consumer staples.

The financial sector had been under pressure for more than a week, but today enjoyed its best session since late February. CBA advanced 1.9 per cent, ANZ 1.7 per cent, NAB 0.5 per cent and Westpac 0.8 per cent. The CYBG group of UK banks was the best performer on the index with a rise of 5.7per cent. Bank of Queensland slipped another 1.7 per cent after UBS reduced its price target for the share following yesterday’s disappointing earnings announcement.

Other standouts on the index included fund manager Perpetual, up 4.2 per cent after updating shareholders about its funds under management; and shopping centre owner Unibail-Rodamco-Westfield, up 2.8 per cent to a two-month peak.

Gold stocks were the biggest drag on the index after the precious metal slipped back under $US1,300 an ounce overnight. Evolution Mining and Saracen both shed 3.1 per cent and Regis Resources 1.9 per cent. Gold futures staged a minor rebound this morning, lately up $3.30 or 0.3 per cent to $US1,296.70 an ounce.

US stocks closed dead flat overnight in a possible sign of buyer fatigue. News that China has made further concessions in a bid to wrap up a trade deal helped the market claw back earlier losses.

US stock futures inched higher this morning ahead of the release of Chinese trade figures. S&P 500 futures were recently ahead 2.75 points or 0.1 per cent. Asian markets were mixed. China’s Shanghai Composite eased 0.1 per cent and Hong Kong’s Hang Seng 0.3 percent. Japan’s Nikkei added 0.6 per cent.

Today’s Chinese trade update is the last of the week’s “big-ticket” economic releases. Wall Street has a couple of second-tier reports due tonight, including consumer sentiment and inflation expectations. The International Monetary Fund meets over the weekend.