With the price of gold edging towards a nine-year high, gold miners across the globe are stealing the spotlight and solidifying the metal's reputation as a 'safe-haven' commodity.

The precious yellow metal is currently priced at just under US$1800 per ounce (roughly A$2560 per ounce), which is its highest point since November 2011, near its US$1921.41 peak in September 2011. The rise in gold futures is largely attributed to the COVID-19 pandemic; historically, the commodity shines a little brighter in the aftermath of a financial crash.

For those unwilling or unable to snatch up some of the physical bullion itself, the alternative is simple: place your bets on a company who can. While the virus wreaked havoc across many sectors of the ASX, the All Ordinaries Gold Index (AXGD) has surged ahead by almost 24 per cent since the start of 2020.

Why is gold rising?

The general sentiment behind a rising gold price in the face of economic turmoil is that gold will always have a buyer. Ordinarily, sellers can have their pick of stocks and junk bonds to dump to stay financially stable. In a nationwide panic, however, there will likely be no buyer.

Typically, when financial disaster strikes, gold goes through a brief slump followed by a sudden resurgence. The pattern goes like this: "weak hands" investors — those easily spooked — quickly dump their gold in a panic, which then gets picked up by "strong hands" investors. The strong hands are in no rush to buy, so they wait until the price bottoms out before topping up at a premium, prompting a sudden price boost.

This is precisely the trend seen in Australia over the COVID-19 pandemic. The AXGD bottomed out at 5140 points in mid-March but has since recovered by roughly 65 per cent, last closing at 8587 points.

The gold price directly impacts the revenue of those producing it, meaning ASX miners have had a happy 2020.

Newcrest Mining (NCM), the top-dog of the ASX gold subsector, has increased in value by more than 10 per cent over 2020 so far and by more than 52 per cent since its March low.

It's been an even better year for Saracen Mineral Holdings (SAR), which has increased in value by almost 78 per cent since the start of the year and more-than-doubled its share price since the March slump.

On the junior end of the market, even the thought of finding gold is enough to send investors into a frenzy. De Grey Mining (DEG) is a prime example. After outlining some major extensions at the Hemi prospect of its Mallina Gold Project in WA, the company's shares largely ignored the COVID-induced trough and steadily rose from five cents each to 89 cents each over 2020 so far — and increase of almost 1700 per cent. This comes despite De Grey posting a $1.9 million loss over the first half of the 2020 financial year and burning another $604,000 over the March quarter.

Shares in Rex Minerals (RXM) fully recovered from the March sell-off and by the end of June were at the same price as the start of the year. However, early July saw Rex identify a large-scale gold trend at its Hog Ranch Property in Nevada, U.S., and shares promptly increased by 57.14 per cent.

Investors are keeping a close eye on Beacon Minerals (BCN), which is already producing gold at its Jaurdi Project in Western Australia. Over the March quarter, Beacon produced almost 7000 ounces of gold, though the company remains unprofitable. Of course, given the company is already selling off the precious metal, an increasing price of gold bodes well for future earnings.

Interestingly, Aeris Resources (AIS) has opted for a different strategy and signed a hedge arrangement with Macquarie Bank. Under the deal, Aeris will sell 3000 ounces of gold each month at a forward price of $2536.25 per ounce. This price is a discount to the current spot price, meaning if gold continues its upward trajectory Aeris could come to regret the hedge. Of course, if the current gold price is unsustainable, Aeris could be cashing in over the next year.

Whether investors plan to short gold or cross their fingers for a continued upswing, gold-producing stocks are set for a continued flurry of activity as the pandemic rages on. 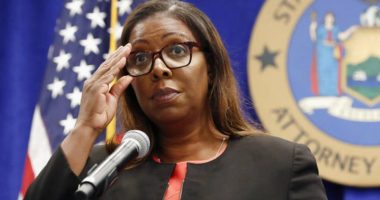 The New York Attorney-General has filed a lawsuit against the NRA, seeking to dissolve the non-profit over corporate malfeasance. 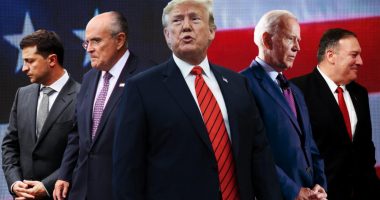 The Trump administration has floated the idea of forcing Chinese companies to de-list from American stock markets if they fail to meet U.S.

The Federal Government has overhauled the country’s JobKeeper payment after Victoria closed all non-essential businesses — leaving another 250,000 people without work. 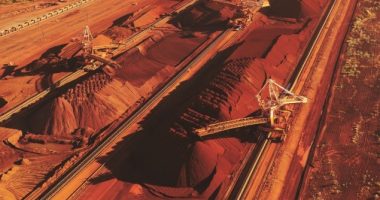 Despite the raging COVID-19 pandemic, Australia recorded its largest-ever trade surplus over 2019-2020 according to the latest data from the Australian Bureau of