Reconnaissance geological mapping and rock sampling was completed at the Tucker Hill and Eldorado prospects in December last year.

The highest result returned 9.64 grams per tonne (g/t) of gold from a quartz vein at Tuckers Hill.

Now, re-analysis of that sample, through Intertek Laboratories ‘LeachWell’ method, has revealed an increase to 15.61g/t gold.

In total, 41 rock chip samples were taken of quartz veins and mullock from historic workings.

The gold found at the prospect is said to have “nuggety” characteristics which can result in variations of grade within the quartz veins, further resulting in high variability in the assay values for a sample.

The samples were initially assayed using methods with 10–25 grams charges using fire assay and ICP-MS, that may have mis-represented the gold grade.

Consequently, GED decided to resubmit the samples to the lab for gold analysis using the Intertek Laboratory LeachWell technique, which is said to provide a good indication of potential recoveries in metallurgical processes and circuits.

Of those samples, all that originally returned an assay value of more than 0.1g/t of gold, Golden Deeps has stated that through the further analysis, have now returned a higher value.

In particular, a sample that previously assayed at 1.62g/t gold, re-assayed at 3.74g/t gold.

GED says the higher-grade results further justify plans for a diamond drilling program at Tuckers Hill, once all drilling approvals are obtained.

The drill sites are located on Crown Land lots and Golden Deeps is engaging with stakeholders and the Native Title holders to gain access approvals for drilling. 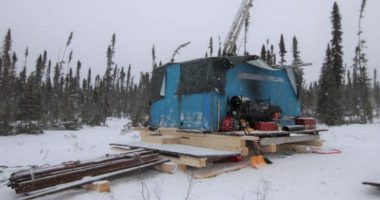