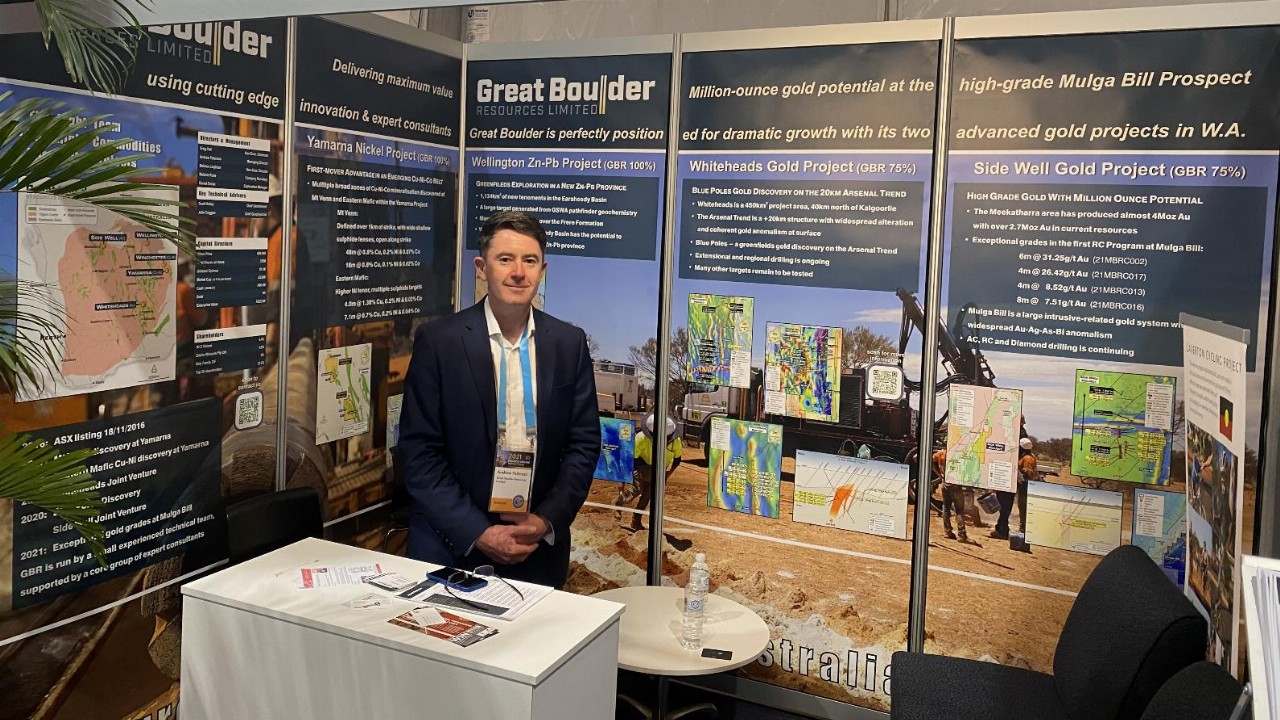 The company today reported on assay results from a fourth-phase reverse circulation (RC) drilling program in the Mulga Bill corridor.

Alongside the drilling results, Great Boulder reported on a recent high-resolution gravity survey taken on in the project area.

The company said when combined with previous electromagnetic data from the project, the gravity survey emphasised the scale of the Mulga Bill corridor. Particularly, the survey highlighted a three-kilometre section where “coincident gravity and conductive features” indicated a high-priority exploration target.

Great Boulder Manager Director Andrew Paterson said this was a “significant development” in the company’s understanding of Mulga Bill.

“The geophysical interpretation has sharpened our focus on the 3km zone between the two Proterozoic dykes,” Mr Paterson said.

“So far we’ve only drilled the first 900 metres of strike in this area with extremely high-grade gold intersections. Our new model suggests the most prospective area is further south, where we have gold and bismuth pathfinders in aircore drilling but we haven’t yet tested it with any RC drilling.”

Looking ahead, Great Boulder said its fifth-phase RC drilling program at Mulga Bill was tracking along nicely and set to be finished up in the next two to three weeks.

As part of this program, the company said it planned to start testing deeper priority targets and some initial holes at the Ironbark and Loaded Dog prospects.

Meanwhile, Great Boulder said the next phase of aircore drilling was underway and testing “a range of targets” at Mulga Bill and some regional areas of the wider Side Well project.