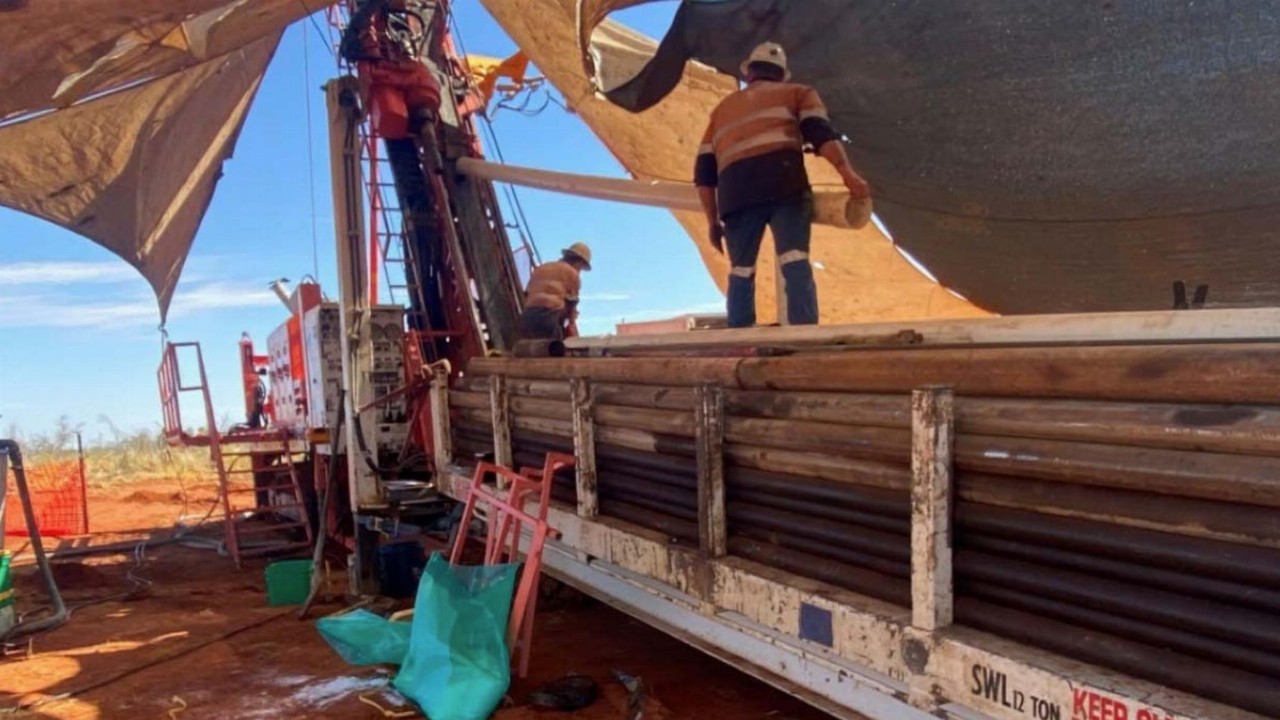 KNRDD004 was drilled to test the prominent eastern magnetic-gravity anomaly at the Twin Peaks IOCG prospect.

The hole intersected basement rocks at roughly 680 metres downhole which comprised hematite and chlorite altered metasedimentary rocks and breccias. Originally, it was planned to be drilled to a 750-metre depth but the nature of alteration led the company to extend the final depth to just shy of 901 metres.

Notably, the alteration present in the second drill hole is reportedly similar to that encountered in the first hole which intersected prospective veining and visible copper in the core from 720 metres down-hole.

Greenvale said the intersection of ‘strongly altered’ rocks, with brecciation and widespread hematite mineralisation suggests both Twin Peaks east and west are the result of iron oxide-bearing hydrothermal systems.

The company believes the presence of iron oxide minerals is significant because, in ‘Tennant Creek-style’ deposits, iron oxides are formed prior to late gold-bearing fluids passing through the ironstone which deposits gold in the iron oxide minerals.

Together with the first hole, the company has drilled nearly 1700 metres as part of its maiden drilling program at the Georgina project.

Greenvale plans to conduct downhole geophysical survey work early next year to refine the magnetic anomaly and determine whether the most magnetic part of the target has been tested.

Selected drill core has been sent to the lab for sample preparation, fire assay gold and multi-element analysis and results are expected over January and February next year.