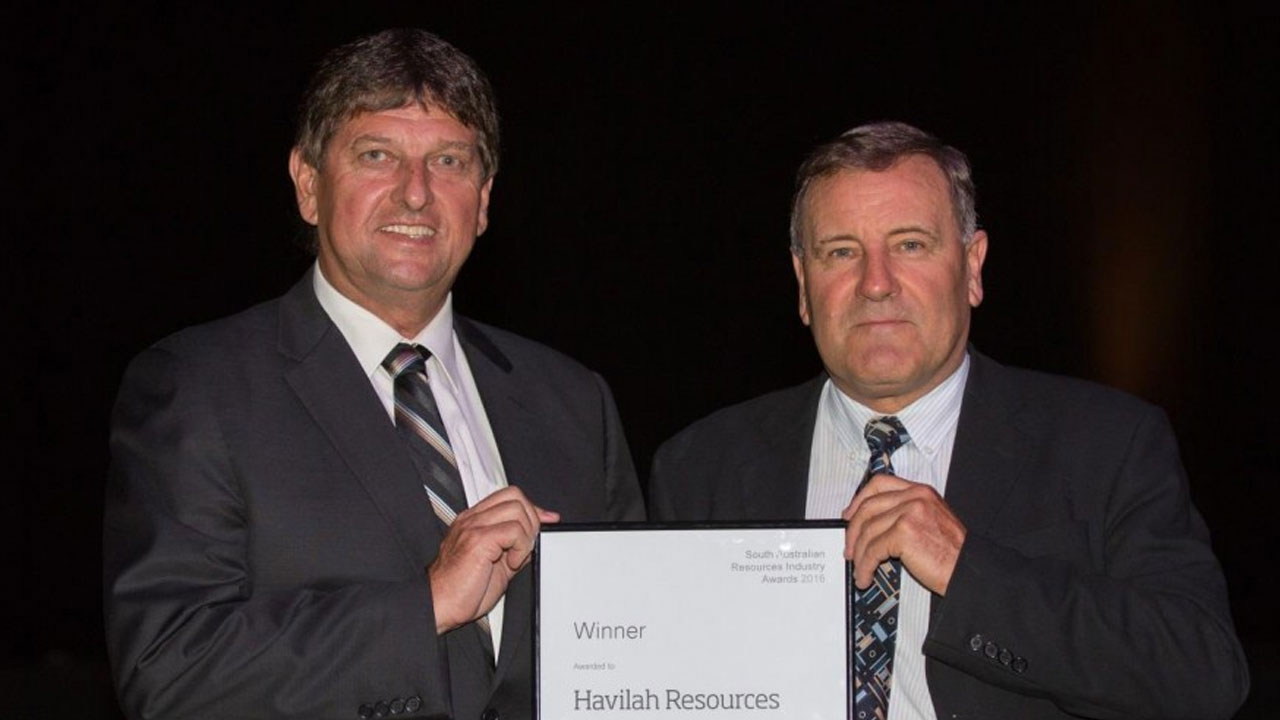 Havilah Resources (HAV) is continuing to intersect gold from ongoing shallow resource drilling at West Kalkaroo.

Kalkaroo is located in Western Australia and it is one of the largest undeveloped open pit copper deposits in Australia.

It contains 1.1 million tonnes of copper, 3.1 million ounces of gold, and 23,200 tonnes of cobalt in measured, indicated and inferred JORC mineral resources.

The aim of this drilling is to define a gold resource in Tertiary age Namba Formation clays, and better define the underlying saprolite (chemically weathered rock) gold mineralisation.

While this mineralisation is not included in any resource at this stage it is believed to be of economic importance because it occurs in what is typically a waste overburden that must be removed to access the copper-gold orebody beneath.

Typical with Havilah’s previous drills, the AC holes continued into the underlying saprolite gold and copper zones until the rock became too hard to drill any further.

“Good gold grades have been returned in the base of Tertiary clays, which has confirmed the easter extensions of this persistently gold mineralised, shallow clay layer,” he said.

“A further repeat of better than published resource grades for the saprolite gold ore is also positive for the conceptual starter open-pit economics,” he added.

Once the results have been finalised, Havilah’s mining engineers will be able to confirm the expected viability of the deposit.