How important is Australia’s Air Defence?

The Australian Government remains on track to spend $22.2 billion on new fighter jets, helicopters and air traffic management systems for its defence force. This increased assurance is more relevant than ever after the attack on Saudi Arabia’s Abqaiq oil processing plant — which wiped five per cent of the world’s daily oil supply.

President Donald Trump hastily claimed Iran was behind the attacks, citing satellite images to defend his claim, and that his nation is readied for conflict if needed. Less than a week later, Trump backed up his words with his troops to move in on Iran.

Now President Trump is under the spotlight, sharing UN press with Iran President Hassan Rouhani. The attack on resources coincides with a bubbling China-America trade war and tension in the Indo-Pacific, leaving Australia choosing between economic certainty with China or security assurance with the U.S.

A predicament hanging above other nations equally.

Meanwhile, an energy deal brokered between China and Iran at the recent France G7 summit will see two nations opposed by U.S. foreign policy collaborating. While specifics are mostly unreleased, China is expected to invest US$280 billion and will likely put the pressure on American imports.

China’s reason for investing in Iran at G7 is most likely the Arak IR-40 heavy water reactor — capable of producing weapon-grade plutonium. Reportedly, China will provide 5000 soldiers to defend the infrastructure, exhibiting to foreign powers how strong the combined countries can be.

The attacks on Saudi Arabia’s Abqaiq processing plant even found a way to affect the ASX, with air defence company DroneShield promptly spiking more than 32 per cent — the company’s highest share pricing in more than two years at 42 cents – and a market cap of $95.24 million.

Australian National Defence Analyst, Hugh White is one of many experts warning for the Australian Defence Force (ADF) to maintain its independence, amid these fast-paced and uncertain times.

“We are seeing right now in Asia, the biggest shift in Asia’s strategic affairs, because of the extraordinary rise from China,” he said to the ABC.

This focus on homegrown defence has put further interest on ASX companies, including vehicle turret specialist Electro Optic Systems. The $617.9 million market cap company announced this week it had been selected as one of two remaining contenders in a $1 billion contract with the Australian Army to service over 450 vehicles with increased firepower.

Defence spending, in general, isn’t short of funding as the Morrison Government remains committed to allocating $38.7 billion for 2020 and $175.8 billion going into 2023.

In April, Prime Minister Scott Morrison said he was putting ADF spending back in its rightful place after Labor’s “mismanagement”.

“[As Labor] cut back on funding, Defence industry workers lost their jobs. We’ve restored that, because we know how to manage money, we know how to support a strong economy.”

At the front of the Coalition’s spending is a major upgrade to the ADF’s airpower, including the 72 aircraft fleet of F-35A Joint Strike aircraft, a multi-role helicopter program and an integrated civil and military air traffic management system.

The Coalition’s spending on the Lockheed Martin made F-35A comes in at a price tag of $17 billion, first backed by Prime Minister Malcolm Turnbull.

The fighter jets are seen as the biggest upgrade in ADF history, capable of radar jamming, air to surface and air to air combat, an advanced stealth frame, reconnaissance capabilities, vertical landing and cutting edge manoeuvrability.

However, a considerable amount of criticism has been fired at the Government's F-35 jet purchase, including questions on spending and fears of corrosion from humidity on Australian shores.

Defense News Reporter, Valerie Insinna writes the fighter jets carry up to ‘13 category 1 deficiencies’, including speed damaging the aircraft’s frame and flying difficulties for pilots such as ear and sinus pain.

Vice President at Lockheed Martin, Greg Ulmer, addressed these concerns stating issues of the aircraft are well heard and will be resolved.

"We’ve worked collaboratively with our customers, and we are fully confident in the F-35’s performance and the solutions in place to address each of the items identified,” Greg said.

Whether these issues for the aircraft persist or not, Australia is in the same boat as many others making commitments to the jet including Israel, Japan, America, Canada, Denmark, Turkey and more.

Speaking at the 2018, WA Indo-Pacific Defence Conference, CEO, Vince Di Pietro from Lockheed Martin Australia said: “Every F-35 jet flying off the production line is using components made in Australia.”

“Within Australia, we have a footprint of about just over 1100 people,” Vince said.

Vince added: “Up to eight per cent of the F-35’s build has had Australian hands on it, representing roughly $1.4 billion in export opportunities for our company.”

“We haven’t reached max rate production on the jet yet and when we do in a couple of years, obviously that number will probably multiply by about three-and-a-half to four times in terms of export earnings for Australia,” he said.

The manufacturing of the F-35 aircraft is a collaborative effort, including a contribution from ASX companies like Quickstep. The $92.34 million market cap company is one of the suppliers for carbon fibre parts in the jet, announcing earlier this year the initiative helped boost employment from 50 employees to over 240 staff.

The Coalition has also put forward $4.013 billion into buying 47 Multi-Role Helicopters, known as the MRH90.

The MRH90 replaces the previously used Black Hawk and Sea King helicopters. The MRH90 is particularly useful in meeting multiple needs as part of the ADF’s AIR 9000 Program and can operate within the air force, army and navy.

MRH90s are capable of lifting troops from ships, being used as a utility helicopter, performing search and rescue missions and features an onboard protection system against electronic warfare.

Unfortunately, like the F-35, the MRH90 has had its technical issues and remains a concern for the ADF. Earlier this year, a fleet of 90 MRH90 helicopters were grounded due to problems with its tail rotor.

Both civilian air traffic and the ADF’s upgraded fleet will be managed under a $1.2 billion initiative, named OneSKY.

OneSKY is reported to provide reduced times in air travel as the world’s most advanced air traffic management system technology — supporting over 450 specialist jobs in Melbourne alone to keep it working.

“This project will replace the ageing military air traffic management systems and is essential to ensuring our ADF can continue to operate safely in Australia’s airspace,” Marise Payne, Minister of Foreign Affairs, said.

The initiative was first announced in 2013, sprouting from a collaboration between the ADF, Air Services Australia and defence contractor Thales Australia.

“The integrated system will manage more than 11 per cent of global airspace and some of the world’s busiest air routes,” Senator Payne said.

OneSKY will put Australia on the map for its air traffic management abilities, outperforming systems used in the U.K., which will also see reduced fuel costs and greenhouse emissions.

Joining helicopters and fighter jets in the skies are drones and UAVs, offering defence and intelligence.

With operations in Western Australia, Orbital builds the propulsion systems used in UAVs — most notably Boeing’s Insitu ScanEagle. An impressive feat for an ASX company with a market cap of $24 million.

Todd Alder claims the ScanEagle can fly up to 500 hours, compared to closest competitors reaching 50 hours thanks to its propulsion systems —allowing for instant engine warmup and heavier payloads.

“We are dedicated and passionate about delivering some of the finest technology into some of the biggest defence contractors. Simply, we build engines into military drones,” Todd said.

But when it comes to capturing aerial imagery, Spookfish was one ASX-listed company which was bought out by American business, Eagleview, for $90 million late last year.

Today, Spookfish’s aerial imaging software operates under the Eagleview name and poses a strong toolset in the defence sector. Eagleview claims to capture and process high definition satellite imaging faster than any other competitor.

This also means defence forces can safely conduct intelligence collection or reconnaissance missions without having the physical presence of a drone, which reduces the likelihood of detection.

The Coalition is ensuring the strongest technologies and hardware are in place. These initiatives, totalling $22.2 billion as part of the ADF’s $214.5 billion budget, will not only keep Australian assured but are expected to provide long term job opportunities in the fast-paced defence industry. 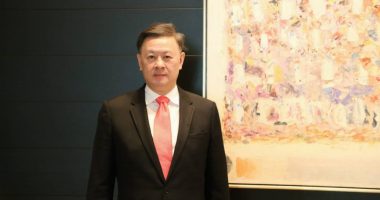