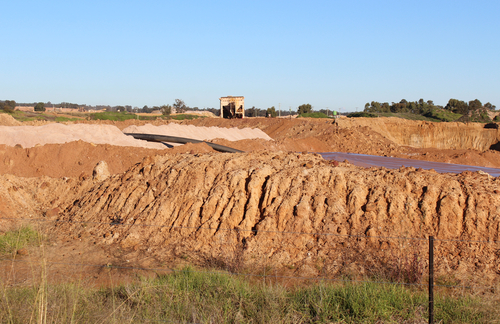 A 1-6m wide by thick zone of ore extending roughly 60m is currently being mined. The company is celebrating the discovery, in comparison to previously produced zircon grades at a much lower 30 per cent.

The results come from the company’s wholly owned Boonanarring project 80km north of Perth. Already 500 tonnes of ore have been mined and stockpiled. Further tonnage is expected in weeks.

“[W,e have been] ramping up to full-scale production in only the second month of operation,”

“The next step is to determine the extent of this type of ultra-high-grade ore along strike, and its connection to the potential high-grade Core currently being delineated,” said Mutz.

Image Resources is currently conducting further drilling on the announced discovery, expecting an increase in their ore reserve.

Production on the Boonanarring site has been ongoing since December 2018 and exceeding all expectations. In March, the company produced 68,700 tonnes of heavy mineral concentrates for an average grade of 11.1 per cent.

The company climbed 8.11 per cent in the market today as a result of today’s announcement. Shares opened this morning at 19 cents each before increasing to 20 cents a piece.