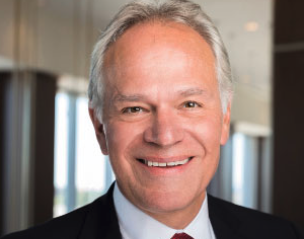 Medical software company ImpediMed (IPD) has agreed to provide a greater number of its SOZO units to AstraZeneca (AZ) for use in an extended phase 2b clinical trial.

The SOZO digital health platform is capable of delivering a precise snapshot of fluid status and tissue composition in less than 30 seconds.

Accordingly, the technology is being used by AstraZeneca to track patients’ fluid volume in a pharmaceutical study focused on heart failure and chronic kidney disease.

Since it began in November 2020, the trial has been using SOZO to help evaluate the efficacy, safety and tolerability of a combination of two of AZ’s drugs in patients who have both of the conditions above.

The initial 18-month contract between the parties has been extended to 21 months, with the number of SOZO devices to be provided by ImpediMed increased from 175 to 211.

In addition to this study, AstraZeneca is also using SOZO in a separate clinical trial focused solely on chronic kidney disease.

It means, together with the recent contract extension, a total of 411 devices will be supplied and used across both trials, which are expected to generate ImpediMed more than $5 million in revenue.

The company recognised $1.8 million of these funds in the 2021 financial year, with the remaining revenue anticipated throughout the current and subsequent financial years.

Managing Director and CEO Richard Carreon said the feedback received on SOZO had so far been positive.

“The trial is providing a significant number of cardiologists and nephrologists, both in the US and globally, firsthand experience with SOZO,” he said.

“Heart failure and chronic kidney disease are two of our three strategic focus areas and this contract addition provides continued validation of the applicability of our technology in both patient populations.”

Mr Carreon said the endorsement was well-timed, in line with the company’s launch of SOZO into the cardiology market and progress towards FDA clearance in the renal market via the Breakthrough Device Designation Program.

Under the extended contract, ImpediMed will earn a monthly license fee on each device for the duration of the study and retain ownership of the units at the trial’s conclusion.

Despite the news, shares in ImpediMed closed 2.7 per cent in the red at 18 cents each on Thursday, November 4.