Inca Minerals has provided an update on its Peru and Australian based projects.

In Peru, the company has expanded its Riqueza South Project after winning three of eight concessions immediately south of the project which are set to be granted later this year.

The other auction areas were won by the world’s largest platinum producer, Anglo American Peru, which totals 2,100 hectares and is surrounded by Inca’s concessions.

According to ICG, Anglo’s successful bids were multiples of what Inca had bid, which is said to provide strong endorsement of the prospectivity of the greater Riqueza area where it is the dominant landholder.

Additionally, two uncontested concessions have been granted with all five now defining the spatial extent of the project and bringing the total South Riqueza area to 3,600 hectares.

As reported in November 2020, the company conducted exploration activities on the contested area which included satellite image interpretation, mapping and sampling and identified mineralisation which included grades of 4.5 per cent copper.

While the company acknowledges that a significant amount of additional exploration is required to fully determine the prospectivity of Riqueza South, it is encouraged by the new forms of mineralisation which it said are reminiscent of that found elsewhere at the wider Riqueza project.

In Australia, the company has had difficulty with work in the Northern Territory due to adverse weather conditions.

Inca said the government co-funded AMAGRAD surveys planned for Frewena East, Frewena Far East and Frewena Frontier, and Jean Elson had been delayed due to bad weather where the contractors’ helicopter was located.

The contractor is hoping to remedy the situation by sending a second helicopter to complete the work as soon as possible.

In other news, the company has converted 92 per cent of the ICGOB class options, raising $5.6 million.

At the close of the exercise of the options period, a small CR placement with existing sophisticated shareholders raised a further $1.4 million.

The company said it now had a substantial cash base to allow it to fund all ongoing exploration programs over the coming months.

Shares closed in the grey at 9.8 cents apiece on August 16. 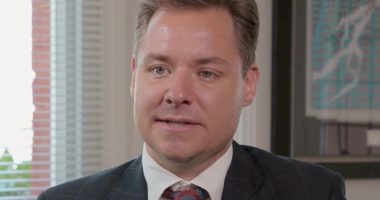