The study leverages data from a 2019 pre-feasibility study for the project but forecasts the economic viability of an underground-only operation.
ASX:INF      MCAP $80.51M

Infinity Lithium (INF) closed green on the ASX today after releasing a new scoping study for its San José Lithium Project in Spain.

The study leverages data from a pre-feasibility study for the project released back in August 2019 but removes the need for any open-pit mining — instead forecasting the economic viability of an underground-only operation in the Extremadura region.

In doing so, Infinity said it hoped to present a reasonable solution to Spanish local and regional governments to allow for the development of the mine, which has been deadlocked by government concerns and administrative errors for years.

One of the most contentious issues around the San José project is how close it lies to the Spanish town of Cáceres.

Infinity said it was continuing to engage with relevant stakeholders about the environmental and societal considerations for the project, hence the new scoping study. Infinity Lithium said an underground operation would preserve the landform at San José.

Managing Director Ryan Parkin said the company was happy to have brought forward a viable option for the San José project that will benefit Cáceres while still adhering to “critical” battery-grade lithium chemical requirements in the European Union.

“The Integrated Underground Mine and Lithium Hydroxide Scoping Study builds on the extensive test work that has recently resulted in the production of battery-grade lithium hydroxide and carbonate,” Mr Parkin said.

“The company looks forward to working with all stakeholders to deliver an exceptional outcome as we progress San José and provide an alternative resolution for local and regional government.”

It’s important to note, however, that a scoping study is typically considered the earlier-stage feasibility study: the study produced with the lowest amount of confidence.

As such, there’s no guarantee that the new financial metrics for San José are accurate predictions, nor is the study directly comparable with the higher-confidence pre-feasibility study from two years ago.

Nevertheless, with a potential solution to get San José operations moving forward once more, investors responded well to today’s update from INF.

Shares in the company closed 8 per cent higher at 14 cents each. The company has a $52 million market cap. 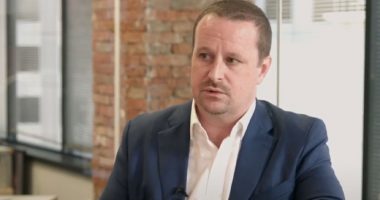