Jordan plans to mine in a proposed UNESCO reserve

The Dana Biosphere Reserve in the south of Jordan will be the next mega copper mine unless international activists and environmentalists postpone the government’s plans once more. 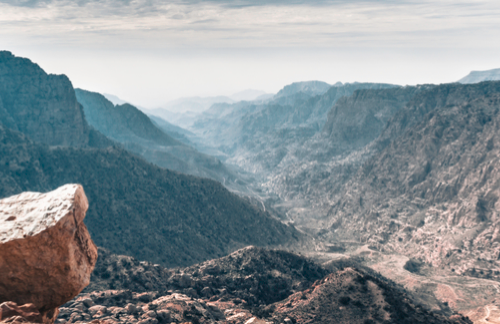 The Dana Biosphere Reserve in the south of Jordan may be the site of the next mega copper mine unless activists and environmentalists postpone the Government’s plans once more after previous attempts proved futile, according to the Royal Society for the Conservation of Nature (RSCN).

Last month research from Jordan’s Ministry of Energy and Mineral Resources claimed 45 million tonnes of copper reserves sat below the surface of more than one-third of the Dana Biosphere Reserve.

The research from the Energy Ministry has been met with international hostility. However the tentative plans for the mine site have not yet been developed past the point of a potential prospect.

The dry landscape of Jordan means there is less than one per cent of tree coverage across the entire country, as estimated by Global Forest Watch. Additionally, the Dana reserve is the largest nature reserve in the country.

The 300 square kilometre reserve is home to multiple flora and fauna species that exist only within this ecosystem, according to the International Council on Monuments and Sites (ICOMOS).

Critics of the Jordanian Government have rejected the plan for a mega-mining venture at the same time other nations in the Paris Agreement have turned to sustainability.

In a statement, the RSCN stressed its rejection of the Government’s plan to redraw the reserve boundaries to allow for the mine. The society additionally emphasised a willingness to take legal and escalatory measures guaranteed by Jordanian law to protect nature.

The ICOMOS released a statement in response to the prospective mine site.

“As the world community is racing to increase its commitment to sustainability, to the protection of biodiversity and to take significant steps to mitigate global climate change, the protection of natural heritage sites is more important than ever,” the ICOMOS said.

The Dana Biosphere Reserve is in the process of being formally recognised as a World Heritage site by UNESCO. However the mine would compromise this process.

The Jordanian Government claimed an investment of JOD200 million (A$382 million) would result in the extraction of JOD2.8 billion (A$5.4 billion) worth of copper from the deposit while creating 3500 jobs.

“In one area of the nature reserve, studies have estimated the value of copper ore at $4 billion,” said Ali Al-Swarieh, the former head of the Energy Minerals Regulatory Commission.

However, former economy minister and environmentalist Yusuf Mansour said the cost of extraction, the mining companies’ profit margin and the market fluctuations of copper created an estimated annual return of around $30 million over 20 years.

The Ministry of Energy and Mineral Resources said the mining industry was the backbone of a developing country’s economy.

“The mining sector is one of the vital sectors that play an active role to accelerate the growth and the development of the national economy,” he said.

“Moreover, work needs to be done to increase the volume of investments by attracting Arab and foreign cash to establish mining or industrial projects.”

Critics from The Jordan Times newspaper have suggested the Government’s urgency to mine copper could be related to the rising price/unit.