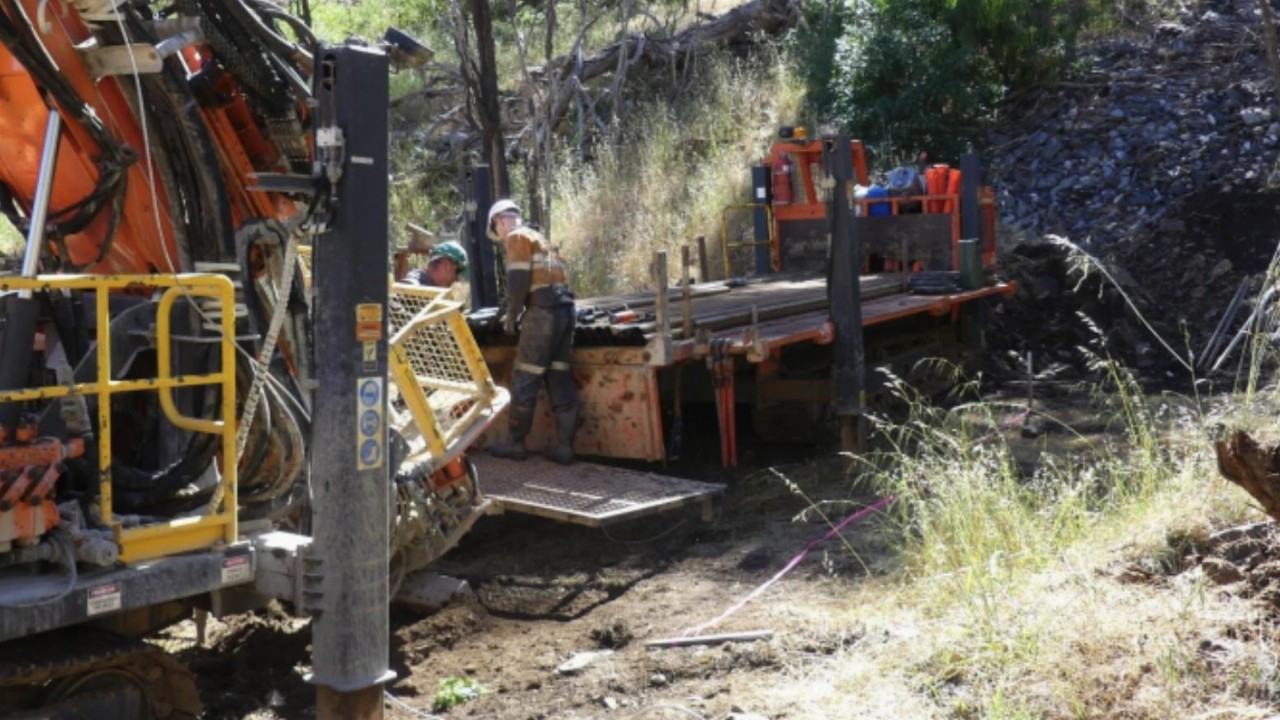 Kaiser Reef (KAU) has kicked off drilling at the Nuggety Reef Historic Mine in Victoria.

The reef is located at the northern end of the Maldon Historic Gold Mine within the Maldon Goldfield located between Bendigo and Ballarat.

Kaiser believes Maldon is an underexplored, prospective high-grade goldfield and said exploration in this area is a high priority for the company.

The mine workings strike north-south and comprise two sub-vertical east-dipping quartz reefs, referred to as the west reef and the east reef which the company plans to target in its surface diamond drilling program.

Specifically, drilling is following up historic holes, one of which returned 1.4 metres at 9.78g/t gold.

The shear zone reportedly continues to the south and the prospective target contact within the Harcourt granite remains essentially untested down plunge.

This program complements the underground exploration underway at Maldon, where initial results have returned 0.8 metres at 63.6g/t gold within 1.8 metres at 29.6g/t gold.

In other news, Kaiser is transitioning its Executive Director role for company Founder and geologist, Jonathan Downes, to Managing Director.

KAU by the numbers