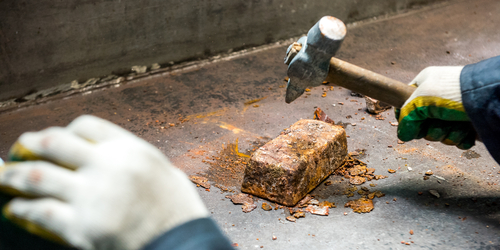 The results of a geochemical review have been released by Kalia, revealing the “fertile nature” of its project in the Mt Tore Region, located in Papua New Guinea.

Three potential locations for porphyry copper-gold centres and one location for an epithermal gold region have been identified so far. The research was by Dr Steve Garwin, who said after examination the area will likely host large copper-gold porphyry deposits.

The use of radar imagery and aerial photography recognised a number of zones as being hydrothermally altered. Tests are still to be conducted and Kalia expects these zones will provide gold, silver and copper epithermal and porphyry systems.

According to the company, several clusters within its prospects sit above a magnetic high in the east. This placement makes it possible the clusters will feature mineralised cupolas.

Rock samples taken from the Mt Tore region indicate the likelihood of hydrous magmas due to the ratio of vanadium and scandium. Based on rock testing results the company believe silicon dioxide features between 55-61 per cent. These conditions make Mt Tore a possible location for copper-gold deposits. Stream sediment samples were also examined which showed catchments exceeding 50 ppb gold and 125 ppm copper as well as zinc under 150 ppm.

The Technical Director of Kalia, Peter Batten said the results of the new research have changed Kalia’s priorities on where they should focus first, including the discovery of new spots which hadn’t been identified previously. While the Managing Director of Kalia, Terry Larkan said the company currently don’t have the funds to explore as large a scale as the results show could be prosperous, however, they are working to secure funds.

KLH by the numbers