The typical benchmark considered in any cancer treatment is for how long the therapy will extend a patient’s life. Interim data from Kazia’s phase II trial indicates an almost 40 per cent increase in the overall survival (OS) figure – from 12.7 months to 17.7 months – when compared to the existing FDA-approved standard of care drug, temozolomide.

The reported progression-free survival (PFS) figure of 8.5 months is also substantially better than that of temozolomide, which is associated with a PFS of 5.3 months.

While it is always difficult to compare results from different studies, Kazia believes the substantial difference between the results “provides powerful evidence that treatment with paxalisib may extend life in this patient group.”

Kazia CEO Dr James Garner says paxalisib could be a great leap forward in the treatment of glioblastoma – the most common and most aggressive form of primary brain cancer.

“There have not been any new drug treatments for newly-diagnosed glioblastoma patients for over twenty years, and we aspire to change that situation.”

“We believe that paxalisib is rapidly becoming one of the most promising drug candidates in the global pipeline for this very challenging disease and we will be working strenuously to make it available to patients as quickly and efficiently as possible,” he added.

A total of 30 patients have been enrolled in the study for monitoring. The trial is still ongoing and interim data does not reflect final results. Numbers may change for both the OS and PFS figures as the study progresses.

Temozolomide, before it lost its patent protection, generated peak revenues in the order of $1 billion per year. A clinically-proven superior treatment could safely be expected to be quite a money-spinner. If paxalisib does indeed turn out to be the drug Kazia is hoping for, it could become a (very lucrative) new benchmark in the treatment of glioblastoma.

The ongoing phase II glioblastoma trial is also expected to bear fruit by the end of the year, with further interim data and final results expected by the first half of the 2021 financial year.

In addition to the glioblastoma study, four other studies are underway with paxalisib in different forms of brain cancer. It is anticipated that several of these studies will also provide initial data later this year.

Kazia has now begun preparations to bring paxalisib into the international platform study, GBM AGILE, which is intended to provide data to support FDA approval for paxalisib in glioblastoma. The company reports progress is on schedule, and is expecting its first patient in the later part of 2020.

Kazia has requested a voluntary trading halt, pending the release of an announcement regarding a proposed capital raise. Trading is expected to resume by next Wednesday 15 April, or when the announcement is released. 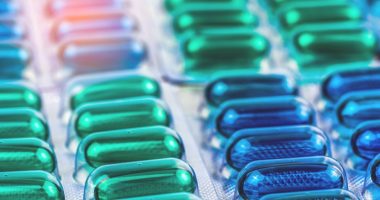