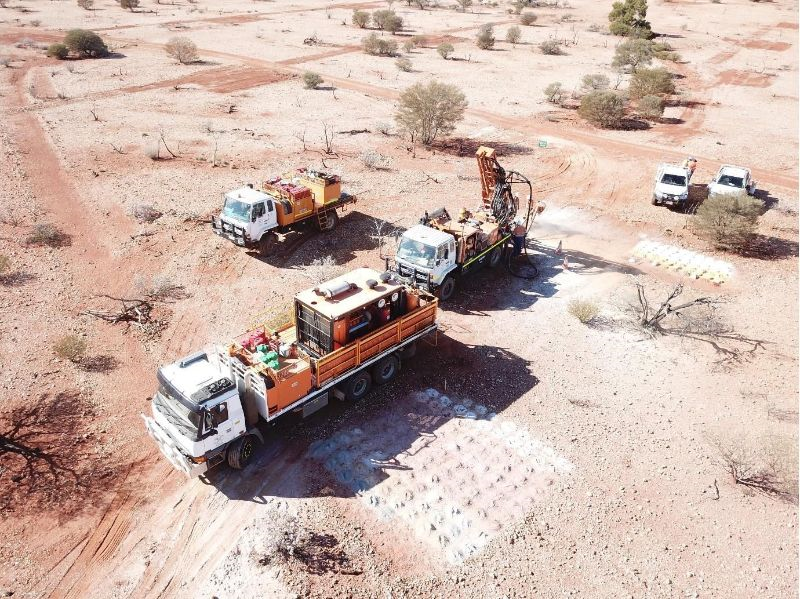 The Misima Gold Project
The Misima Gold Project is a transformational opportunity for Kingston Resources Ltd, who have been undertaking drilling at the operation since May 2018. Through 2018 KSN tested a range of locations along the Umuna Shear beneath the old pit delivering some impressive results including 40m @ 3.17g/t Au.

In 2019 the key focus for KSN is drill-testing the newly discovered exploration targets at Ginamwamwa, Quartz Mountain and Misima North. The results from KSN’s extensive geochemistry program conducted over these areas through 2018 are highly promising. For example, channel sampling results from Ginamwamwa included results such as 14m at 12.24g/t Au and 36g/t Ag; and 34m at 3.19g/t Au.

The Company’s exploration strategy now is firmly focused on discovering and defining satellite at these new prospects. Adding near-surface resources is likely to be important in the early stages of any potential future mining operation.

Kingston Resources Limited Managing Director, Andrew Corbett commented on recent exploration results: “Drilling at Umuna has demonstrated likely extensions to the Central Umuna ore zone which is very encouraging. This section of the resource has grade and width at only moderate depth.

In addition, intersecting potential ore zones in the hanging wall above the Umuna fault zone is beneficial as this material would likely be mined to access the main zone. We’ve now moved the rig down to our Ginamwamwa prospect, where a range of holes being drilled to test underneath the high-grade supergene gold, we identified at through the successful 2018 geochemistry program. After completion of the Ginamwamwa the rig will move to Quartz Mountain.”

The Livingstone Gold Project is KSN’s second venture which covers 204km2 of the Western Bryah Basin near Meekatharra in WA. The Project hosts an existing JORC2004, inferred mineral resource of 49,900 ounces, a number of high-grade historic drilling intersections, strong soil anomalies and historic workings all of which indicate excellent potential for additional discoveries.

Kingston has already discovered a new prospect at Livingston; Kingsley, which has defined over 1km of . Drilling at Kingsley in 2018 delivered highlights including 4m at 76.25g/t from 88m, and 28m at 2.26g/t from . Kingston intends to follow this up with further drilling in the current half.

The potential for results in the region is underpinned by the historic production at Livingstone’s Find. This was the largest historic gold producer in the Robinson Range sheet area, with 1,260oz produced at an impressive average grade of 21.85g/t.

Notably, KSN remains Patersons Securities preferred entry into the junior gold space, with a current 2.8Moz resource at Misima and exceptional exploration upside. Kingston is now rapidly advancing its exploration strategy across the project with results anticipated in the coming months.