KNI is focussed on developing copper, nickel and cobalt projects in Scandinavia, with a strict mandate to maintain a net zero carbon footprint throughout its activities.

He was previously the CEO of the Sydvaranger Iron Project in Northern Norway and is an independent director of Nordic Mining ASA, which has its flagship greenfield rutile and garnet project in the country’s west.

With a background in commercial, financial and mine operations management, the incoming executive also boasts significant experience in developing mining assets and feasibility studies.

Closer to home, KNI’s newest leader holds a Bachelor of Commerce from the University of Western Australia and a Graduate Diploma in Applied Finance and Investment issued by the Securities Institute of Australia.

Kuniko Chairman Gavin Rezos said he was delighted to welcome Mr Beckmand to the team.

“[Mr Beckmand] is an outstanding mining executive who is enthusiastic about our exceptional portfolio of projects in Norway and fully embraces our next generation ethos of responsible, sustainable mining practices to produce ethically sourced and secure battery minerals for an electro-mobile society,” he said.

“Antony is based in Norway and with Non-Executive Director Birgit Liodden in Oslo, we are well-placed to advance our projects in Norway whilst working closely with all stakeholders including government and local communities from an early stage of development.”

Complementing his induction as CEO, Mr Beckmand has also been appointed to the board of KNI’s Norwegian subsidiary, Kuniko Norge AS and joins Ms Liodden. 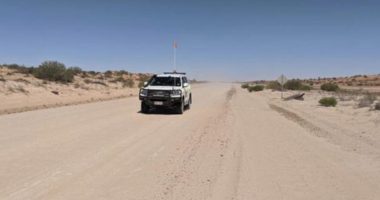