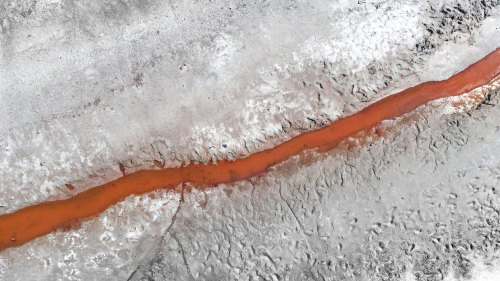 The healthier brines are conducting electrical charges at a rate of 225 siemens, with densities of 1.2 grams per cubic metre.

This news comes hot off a recent announcement earlier this month of similar brines on site as well, with today’s charging higher compared to 184 siemens for densities of 1.170 grams per cubic metre.

The previous brines were found at shallower depths of 130-150 metres.

“This [discovery] continues to support our long-held view that the brines extend under the alluvial cover on our leases. Further results will be released when available and progress to date with this rig has been very encouraging,” he said.

Lake Resources stated the current testing of the brines is mostly ‘preliminary’, with accredited results to follow. The diamond drilling rig used in the discovery is now being used in further drilling, reaching depths of 205 metres.

The company’s increased focus and faith in the tenement comes from adjacent success of Lithium America’s world class development site, only half a kilometre away.

“Our recent presentation to investors in New York City at the Bloomberg and Benchmark Minerals World Tour highlighted the strength of demand for lithium, which is seen needing a five to eight-fold rise in supply over the next nine years to meet growing demand from the lithium-ion battery revolution,” Steve said

Lake Resources’ place in the market remains the same this morning. Shares continue to trade for 5 cents in a $19.47 million market cap.