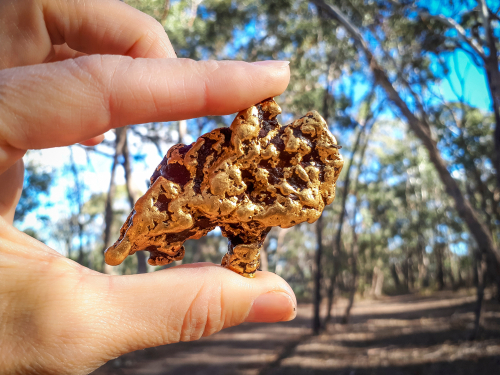 Agate Creek is located within the Etheridge Goldfield which has produced over 3.7 million ounces of gold along with small amounts of silver, copper and lead. In 2016, a Joint Ore Reserves Committee estimate was completed for 381,000 ounces of gold for 1.4 grams per tonne.

Drilling took place between 2014 and 2015 with an indicated mineral resource of 89,000 tonnes of gold for six grams for tonne at Sherwood.

A reverse circulation drill program of 34 holes was recently completed, at Agate Creek, with the aim to extend and further define previously identified mineralisation zones that could not be drilled last year.

The drill identified further extremely high-grade zones which will be further investigated during the upcoming drill program.

The initial schedule was expected to incorporate 50,000 tonnes of high-grade ore however it is now expected that a further 10-15,000 tonnes will be able to be mined.

Current mining is progressing well with estimated production believed to be around 15,000 tonnes of mined ore processed at an average head grade of 10 grams per tonne with recoveries over 98 per cent.

Almost 150kg of gold has been recovered so far. All results from the May drills are expected to be released mid-June.