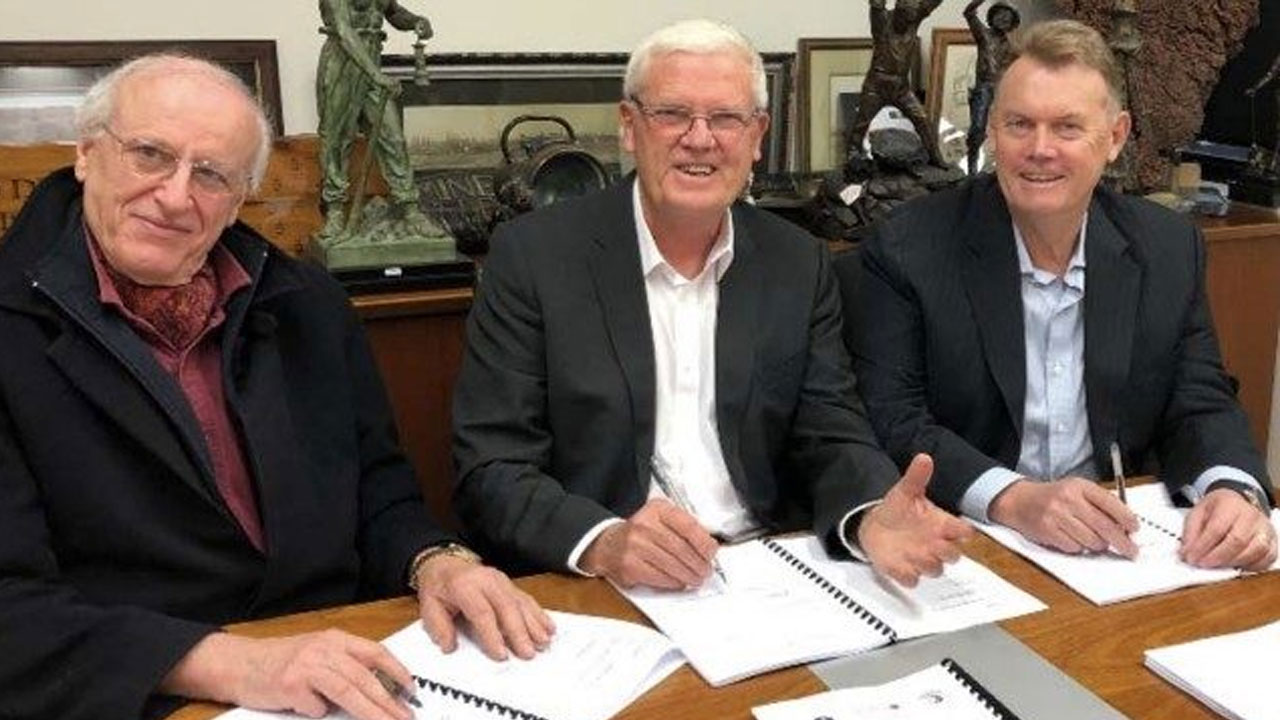 A total of five intersections of high-grade nickel-copper mineralisation were intersected in Legend’s first diamond drill hole of 2020, RKDD008.

The remaining three intersections all intersected massive nickel-copper sulphides ranging from 199.4 to 247.7 metres.

“The three massive sulphide intercepts clearly stems this hole as the most significant and exciting discovery in the Fraser Range,” he added.

An extensive DHTEM (downhole transient electromagnetic) survey has now begun on hole RKDD008 to test for extensions to the mineralisation.

Results from the program will help design future drill holes.

“A downhole EM survey and structural analysis of the core are now being undertaken,” Mark stated.

“The results of these next steps will enable us to design the drill program to further delineate this mineralisation,” he said.

Following a structural analysis, all samples will be sent to the laboratory and results are expected within two to three weeks.

The diamond rig used for this hole has now moved to aircore hole RKAC151 to begin exploration.

The Mawson prospect is situated within the 3088 square-kilometre Rockford Project which is located in the highly prospective Fraser Range district of Western Australia.

Hole RKDD008 aimed to test the offhole conductor in hole RKDD007 that was identified by an electromagnetic (EM) survey in December 2019.

This hole intersected significant nickel-cobalt-copper mineralisation and returned grades such as 2.03 per cent nickel, 0.11 per cent cobalt, and 1.34 per cent copper.