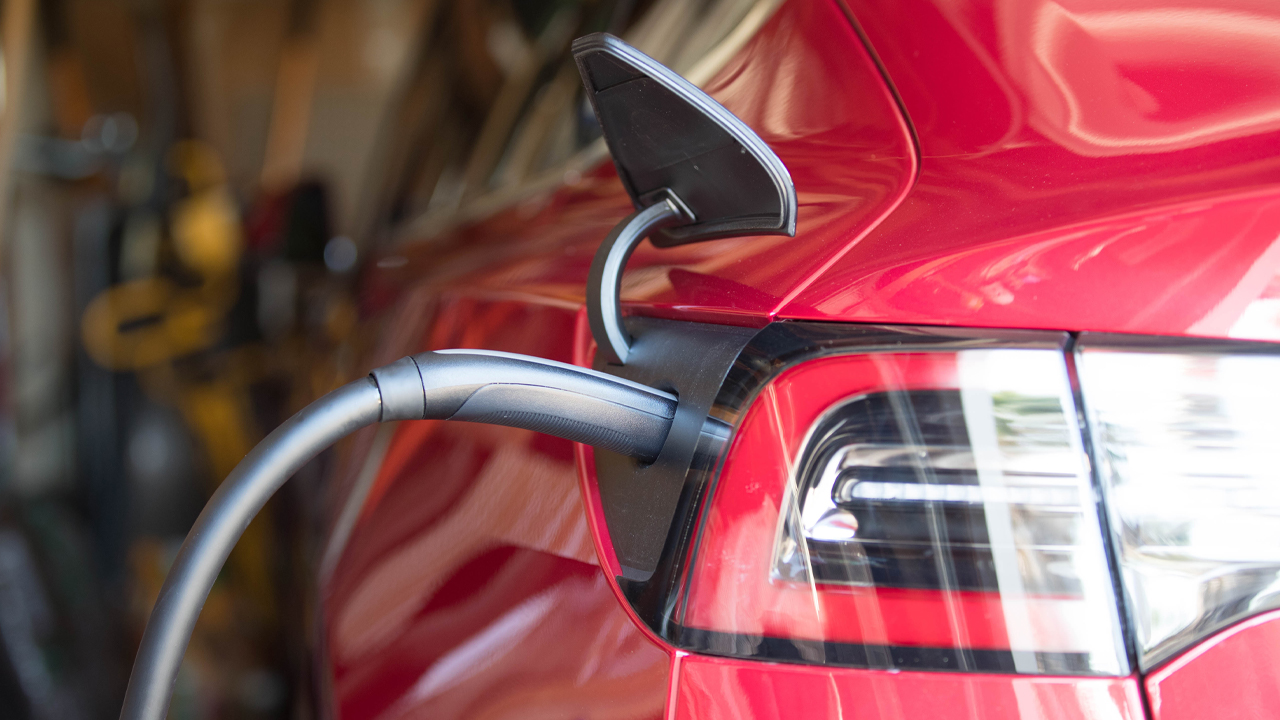 The share market pared its first monthly loss of the year as gains on Wall Street inspired a strong rebound from a bruising few weeks.

The ASX 200′s six-month winning streak will end this afternoon, but the index remained on track for a second straight weekly advance after rising 88 points or 1.4 per cent this morning to 6596.

A broad rally lifted all sectors after China moved to ease trade tensions overnight. The S&P 500 in the US surged 1.27 per cent after a Chinese government spokesman indicated talks planned for next month remained on track.

Australian gains accelerated after a plunge in building approvals ramped up pressure for another rate cut, sending the dollar lower. Building approvals slumped 9.7 per cent last month, according to the Australian Bureau of Statistics. The dollar slid roughly a quarter of a cent to 67.07 US cents as the odds on a rate cut improved.

Tech and energy stocks led the local advance. Appen enjoyed a post-earnings lift of 4.2 per cent. Afterpay gained 4.3 per cent, Nanosonics 5 per cent and Bravura Solutions 2.1 per cent.

Beach Energy was the pick of the oilers with a rise of 3.9 per cent. Oil Search gained 2.8 per cent, Santos 2.4 per cent and Woodside 1.6 per cent.

The last day of corporate reporting season produced few fireworks. Boatbuilder Austal stood out with a surge of 12.6 per cent after reporting a 46 per cent increase in net profit after tax to a record $37.5 million. The company supplies vessels to the US and Australian navies.

Home goods retailer Harvey Norman retreated 1.6 per cent from this week’s two-year high after the company tapped the market for capital to reduce debt. The retailer reported a 7.2 per cent increase in full-year net profit after tax to $402.3 million.

Bluescope Steel rallied 1.6 per cent after the steel producer denied engaging in cartel conduct. The Australian Competition & Consumer Commission this morning instituted civil proceedings against the company alleging that it engaged in attempted price fixing during 2013-14.BHP rose 1.8 per cent to a one-week peak. Rio Tinto gained 2.2 per cent. The big four banks all advanced at least 1.2 per cent, with ANZ and Westpac the best performers with rises of 1.6 per cent.

Hot today:the buy-now-pay-later space looks increasingly crowded, but investors saw enough blue sky in Splitit’s half-year result to send the share price up 30 per cent. The company announced a 193 per cent lift in revenues and a 468 per cent rise in gross profit, both from very low levels. The company more than doubled the number of merchants using its payments technology from 230 to 509.

Not today:lithium miners have come under the pump this week after major Chilean producer SQM warned supply was outstripping demand, depressing prices. Pilbara Minerals hit a two-year low before going into a trading halt to raise capital. That left the likes of Altura Mining to bear the brunt of souring sentiment towards the sector this week. Shares in the Port Hedland-based producer tanked more than 20 per cent to a three-year nadir this morning before paring its loss to 1.1 cents or 14.9 per cent at 6.3 cents.