Lynas soars 10.3 per cent as China gears up to weaponise rare earths in trade war 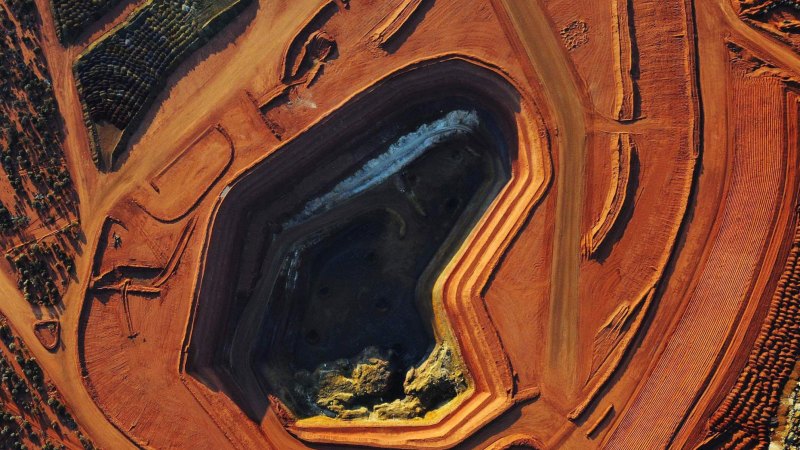 The ASX 200 fell 52 points or 0.8 per cent to 6433 mid-session, unwinding yesterday’s gains plus a bit more. A dour session saw losses across all sectors except defensive gold stocks.

The industrial sector led the way south, falling 1.4 per cent after engineering and infrastructure specialist Downer EDI revealed problems with a contract to build a wind farm in Victoria. Shares in the company plunged 7.9 per cent on news Downer’s project partner, German wind turbine manufacturer Senvion, had gone into administration. Credit Suisse analyst Paul Butler cut his recommendation on Downer to ‘under-perform’, warning that Senvion’s administrators may try to dump the cost of outstanding work on the project on Downer.

Energy stocks dropped 1.3 per cent on fears for the outlook for global demand as hopes for a trade deal between the U.S. and China continued to diminish. Overnight, U.S. President Donald Trump declared the White House was “not ready” for a deal and a Chinese official hinted that rare might become the next battleground in the trade feud. Origin Energy eased 3.1 per cent, Santos 2.6 per cent and Woodside 0.3 per cent.

The prospect that China might limit U.S. access to rare – a critical component in everything from iPhones to electric cars – lifted Aussie miner Lynas, the only producer outside China. Shares in Lynas surged 10.3 per cent to a 12-month high amid speculation it might be one of the few winners from the trade war. The company was subject to a takeover offer from Wesfarmers back in March.

Among the index heavyweights, BHP fell 0.7 per cent, Rio Tinto 0.6 per cent. The banks were mixed. CBA and ANZ both dipped 0.4 per cent and Westpac 0.9 per cent. NAB bucked the trend, adding 0.3 per cent.

High-concept tech stocks were in vogue at the speculative end of the market. Brainchip briefly doubled in share price after announcing its artificial intelligence intellectual property had been made available for licensing. Shares in the company were lately up 2.7 cents or 61.4 per cent at 7.1 cents.

Thinly-traded wearable-technology maker Neurotech went even better, surging more than 130 per cent without any obvious trigger. The company’s shares went into a trading halt late morning, pending an announcement to explain the price action. The best the company could come up with was a board reshuffle and a renewed commitment to do their best by shareholders. Shares were lately up 0.8 cents or 72.7 per cent to 1.9 cents.