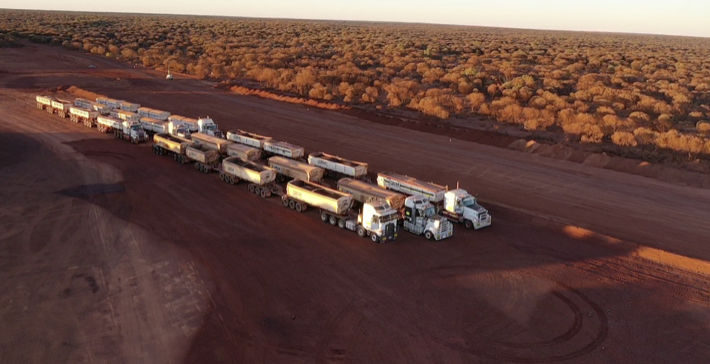 Through an initial two-year binding term sheet, Macathur plans to purchase up to 400,000 tonnes per annum of DSO lump and fines products from GWR.

The sale price is expected to reflect an equitable split of the realised sale price on a ‘free on board’ basis at the ship rail, incorporating Macarthur’s costs to transport the product, which the company says will be disclosed on an open book basis between the parties.

This latest agreement follows MIOs announcement earlier this month that it had secured a 400,000 tonnes per annum rail capacity along the line between Kalgoorlie and Esperance, through a term sheet agreement with rail haulage provider, Pacific National.

This deal supports a potential DSO export pathway and, in conjunction with the GWR deal, could potentially see Macarthur undertaking transport of a GWR DSO product as early as January 2022.

MIO said the arrangement had the potential to facilitate early revenue flows between now and the commencement of commercial mining operations for DSO at its Ularring mine.

Further, the company hopes the characteristics of the GWR product will enable the creation of a physical or virtual DSO blend utilising DSO from Ularring, which could improve pricing moving forward.

The ore from Ularring is contracted for sale to Glencore under an existing offtake agreement entered into in 2019.

Non-executive Chairman of GWR Gary Lyons said the company was excited to be developing its relationship with Macarthur. Mr Lyons said he believed the deal provided an opportunity to increase tonnage without impacting current operations.

“Having taken our flagship high-grade C4 Iron Ore deposit into production earlier this year, with this agreement the future looks very bright for Macarthur Minerals to enter the ranks in the near term of ASX Iron Ore producer,” he said.

The term sheet is subject to the parties entering into a definitive agreement following completion of the balance of the route to market arrangements by Macarthur on a basis that is commercially acceptable to both parties.

MIO shares were trading in the grey at 52 cents and GWR shares were steady at 41 cents just after market open at 10:04 am AEST.