How to Spend the Christmas Holidays in Switzerland 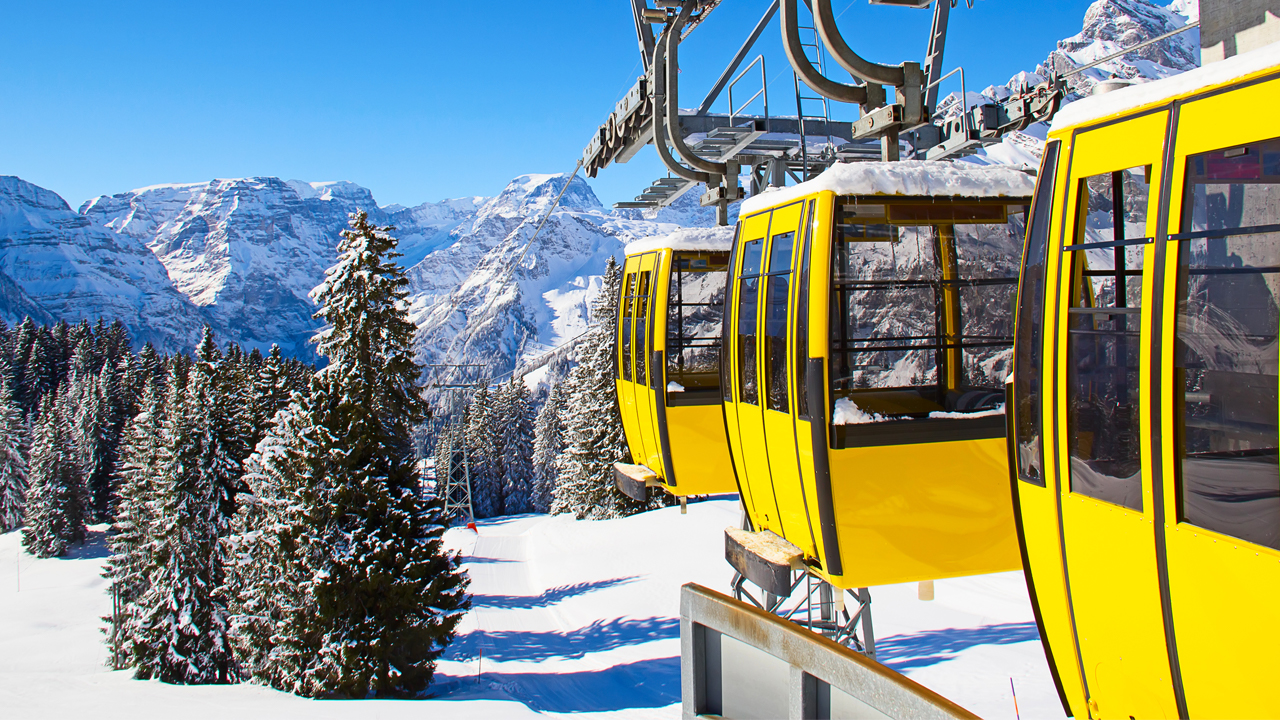 With the Alps being one of the most recognised holiday destinations in Europe it's no secret that many people go just for the skiing.

But if skiing isn't your thing then there are plenty of places to explore offering the full Swiss experience.

And with Christmas being a time blissful unwinding, Switzerland offers something for everyone.

The main attraction in this European destination skiing and snowboarding in the Alps. And, in a country where we don't get to experience a white Christmas or even snow, this is the first thing that is on the top of the list.

The Alps are the highest and most extensive mountain range in Europe, covering 1200 kilometres across eight countries, you may not know where to begin.

However, don't fret if you're looking for the best ski destination, Zermatt is considered the jewel crown of Switzerland's ski locations.

It's known for being Europe's highest ski resort and has slopes for every difficulty so if you're not afraid of heights then this slope is perfect.

And if you want to you can even crossover into the Italian ski regions of Breuil-Cervinia and Valtournenche.

So swap the bathers for some ski boots and hit the slopes in an experience that you're sure to remember.

But if skiing isn't your thing, there are plenty of other attractions famous in the region.

While it's not as tall as Everest and K2, the nearly 15,000 foot tall Matterhorn is snuggled between the Swiss-Italian border and is arguably the most recognised mountain in Europe.

This mountain has long been a bucket list item for climbers and offers a serene landscape once at the top.

But you don't have to climb. Sightseers can just bask in the glory or what is the Matterhorn and snap away all day long.

Something else perhaps? Located between the shores of Lake Geneva and the Alps, Château de Chillon is Switzerland's most visited historic monument.

The castle consists of 100 independent buildings that were gradually connected and now form a single building.

If you want to go for the history from the mid 12th century the castle was home to the Counts of Savoy and visitors can even go underground to tour the area where prisoners were kept.

Swiss cuisine has influence from France, Germany and Italy so there is a little bit of everything thrown into the pot.

Ever since the late 17th century, the Swiss national delicacy has been none other than fondue. But what makes it so popular you may ask, it's just cheese.

Chäsalp offers a range of fondue flavours that locals have come to know and love. Some include mushroom, chilli, tomato sauce and even apple if you want something a bit sweeter.

Of course, the most well known Swiss delight is no other than Swiss Chocolate.

The Swiss are considered to be the European masters of chocolate making and actually hold it as high art.

What makes it so delectable is its high percentage of cocoa butter – quickly melting in your mouth - literally giving meaning to the phrase "melt in your mouth flavour."

One of Switzerland's first chocolatiers, Sprüngli started making its luxurious chocolates in 1836 and opened its flagship store in 1859. It helped establish the nation's reputation for excellence in the field of chocolate making.

It offers a range of chocolate-y delights from truffles, pralines and more with each freshly made each day using recipes passed down through many generations.

So, if it's something sweet you're craving then look no further and be sure to give it a visit when you're there.

Even though it's still the same be sure to pay it a visit just and enjoy rich chocolate while admiring out the views.

After a long day of skiing, sightseeing and eating you probably just want to put your feet up and relax by a nice warm fire.

Luckily there is a range of hotels and chalets offered to get your fix so whether you like being pampered by room service 24/7 or prefer to fend for yourself everything is offered.

If you want to stay somewhere central then look no further than Bern, the capital of Switzerland.

And you want to be immersed in the history and architecture of Bern, Altstadt, German for the old town, is where you will find most of it.

Hotel Altstadt is located in the heart of Altstadt and is surrounded by medieval alleys and Swiss dining and bars.

Cultural spots surrounding the hotel include the Opernhaus and Schauspielhaus for performing arts, while European artworks are on display at the Kunsthaus museum.

The tower of the Romanesque Grossmünster cathedral offers scenic views of the city.

All of these places are less than a 15 minute walk from the hotel.

But if you're someone who can't get enough of the slopes even when closed then the Alpina Gstaad is the perfect place.

This five-star hotel was built in elegant Swiss style featuring natural materials such as wood, marble and sandstone. All of the rooms offer mountain views making it feel like you're still skiing down the slopes.

There are a variety of restaurants and even a spa that guests can use at any time during their stay.

The hotel sits just a five minute walk from the centre of Gstaad and a shuttle service is also provided to get to and from the train station.