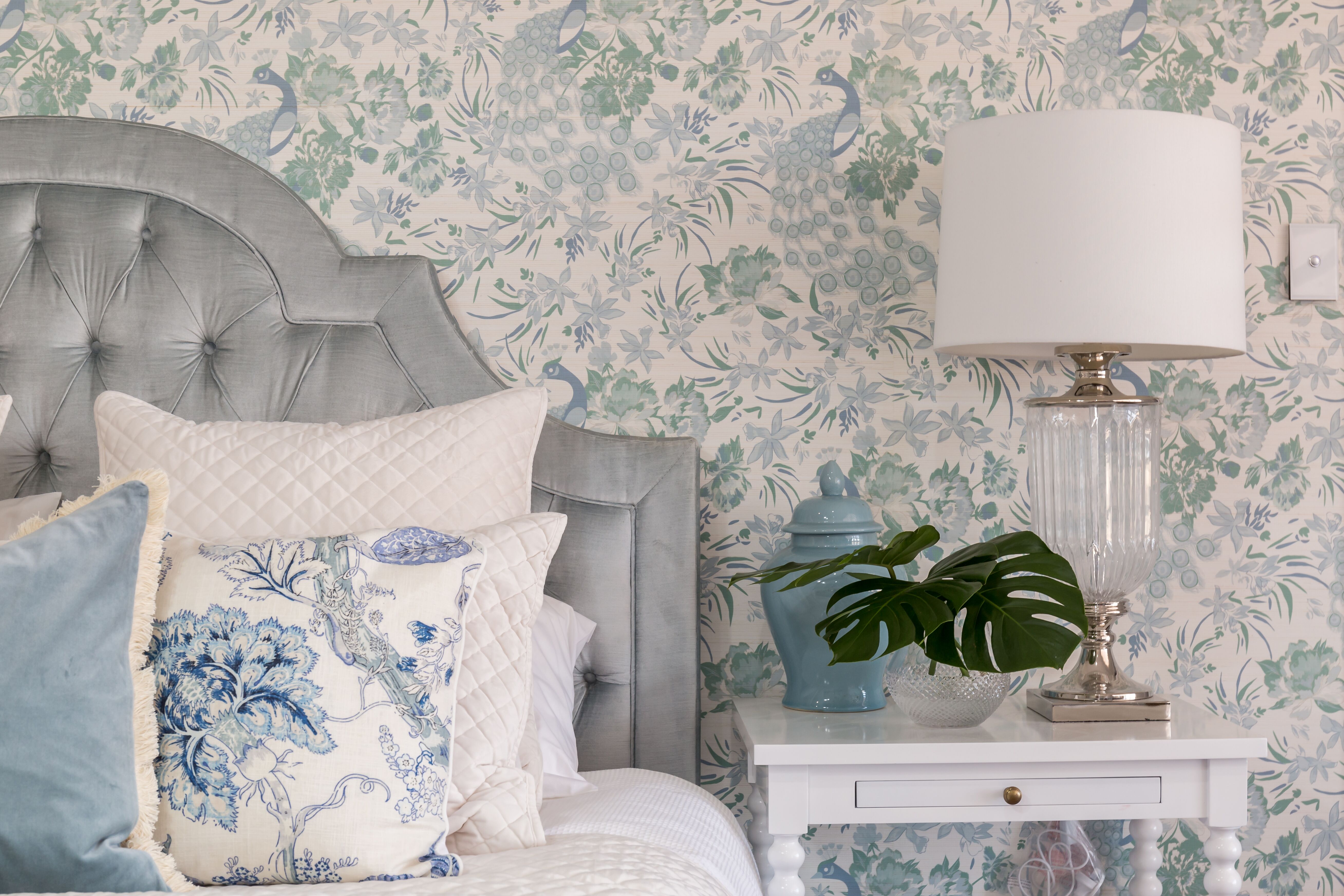 The classic 1950s science fiction story There Will Come Soft Rains by Ray Bradbury centres on an automated house. The house, despite the homeowners' long-ago passing, zealously upholds its tasks — making toast, cleaning, relaying the news, closing the window shutters. The title itself references a poem the house recites every night at six — a favourite of the absentee hostess.

In 2020, with the likes of Alexa, Google and Siri, this kind of scenario is no longer science fiction. Houses can do what you tell them to — they can turn on the heat before you get home, your washing machine can talk to your smart electricity meter, and the average kindergartener can click an app to water the plants.

Professionals in the field of home automation have been busy for decades, but one Australian firm is emerging as a leader in easy-to-use, cheap-to-install smart-home hardware.

Quantify Technology has been servicing the home automation space since 2015. This month, the company’s smart home solutions will make an elegant feature on 9Life’s Ready Set Reno. It’s an exciting confluence of design and user-friendly tech in a Hamptons style homestead, owned by media personality and interior design veteran Natalee Bowen.

Natalee has been in the design industry for over 20 years. Her unique style, which combines the class of the prestigious Hamptons with the tropical lush of the coast, quickly brought her recognition and many industry awards.

With years of design experience and her reputation preceding her, Natalee can afford to be choosy with her design choices. And, when it comes to smart homes, she chooses Quantify.

Based in Western Australia, Quantify is positioning itself to be the first truly mass-market smart home solution in the country. The company’s focus over the last five years has been creating smart home products with design, affordability, user experience and performance in mind.

The futuristic technology brings to life what was once just a dream; a home’s light switches, dimmers, power points, and blind controllers are all interconnected and can be adjusted and customised at will. Using touch controls, a smartphone app, or even their voice, a householder can control every electronic appliance in their home without getting off the couch.

However, it’s not just the tech that drew Quantify to Natalee’s attention; it’s how easy it is to use and install.

Natalee said she has seen the dramatic evolution of smart-home tech over the past decade, as tech monoliths like Clipsal, Google, and Amazon each throw their hat in the ring to develop the latest and greatest smart-home tech.

Natalee recalls that where home automation was once only available in high-end luxury homes, it’s suddenly becoming the norm.

“Now, people won’t buy anything without some sort of automation to it. We think back over the years with smartphones and smart cars, people are now wanting to have a smart home,”

This shift to smart homes came with a new set of problems for builders and designers; sure, the end product was fantastic, but getting the tech installed was no small feat.

“For me, I was quite frightened of home automation,” Natalee explained.

“Really, what was happening is that when I was looking at building homes – you know, the high-end houses – and putting the home automation in there, there were a lot of technical aspects to those particular projects.”

With the meticulous mass wiring needed to install smart-home tech, the process quickly became very expensive and very difficult to pull off. What’s more, builders needed to hire specialist electricians to install the tech, shooting expenses up even higher.

This was, of course, until Quantify came along.

“Quantify Technology came across my path when I was doing a Hamptons farm project in WA, where we were creating a beautiful Hamptons estate,”

She said she wanted to install smart-home tech throughout the rural estate but was worried to do so both from a budgetary and location point of view.

When she found the Quantify Technology, however, this all changed. In fact, she said the tech is so easy to use, simple to install, and budget-friendly that she calls it “Natalee-proof”; she couldn’t mess it up even if she tried.

“Other projects in which I’ve used home automation have been frightfully complicated,” she said. “People have even locked themselves out of their own homes because they never knew how to actually use these devices.”

Moreover, for Natalee, it’s the design that sets the company apart. She says, “I love Quantify because their devices adapt effortlessly to any interior design, including my easy, breezy, coastal Hamptons style.”

The products featured in Natalee’s property include the qDimmer, which enables lights to be turned on, off or dimmed; the qPower+, a power point which monitors energy consumption throughout the house; the qBlind,  which can wirelessly control blinds, window shutters and curtains through standard AC cabling; and the qBridge, an intelligent auxiliary controller that allows its smart products to connect to other smart products on the market.

What do you need to embellish your home with Quantify?

Having already integrated Amazon Alexa into its patented smart home products in 2017, it was 2019 that saw Quantify secure the landmark integration with the Google Assistant. Importantly, this means Quantify’s solution can work with the majority of the rapidly growing smart speaker market in Australia.

When it comes to installation, standard AC wiring and Quantify’s mobile app makes the process quick and easy for electricians and integrators, with no specialised skill or knowledge required.

Of course, with the speed at which tech evolves and upgrades today, users might be concerned that a year after installing the Quantify tech, the next generation of smart-home products will become available and they’ll have to start the process all over again.

Much to homeowners’ and designers’ delight, Quantify has thought this through, too.

A key piece of the technology in Quantify’s devices is the ‘feature card’, which looks a little bit like an old SD card. Despite the small stature, this card is mighty; it’s the brains of every switch in the home and can be easily pulled out and replaced as the technology evolves. For example, Quantify can simply program its latest innovations into a new card and sell it as an upgrade as it develops new features.

It’s this type of forward-thinking that means when Natalee installs Quantify technology, she’s injecting longevity into a home.

She believes automation is the next step in adding value to your modern-day home.

“Home automation is now something that everybody wants to be a part of. It’s a go-to where if they don’t have it, their home is going to be devalued,”

“Everybody is going to have some form of automation in their home.”

Looking at the numbers, it seems Natalee’s forecasts are on point.

The Australian Internet of Things (IoT) Market reached $1.1 billion in 2019. More than five million households had installed at least one smart home item by the end of 2018, research group Telsyte stated. The market is tipped to reach $5.3 billion by 2023, with average households containing roughly 18 smart devices per home.

The market cut is still owned by Google, which commanded 70 per cent of the market in 2018, followed by Amazon with 15 per cent.

Security and control systems have been among the most popular smart devices over the last few years, as well as smart speakers, which were expected to reach 409 million in 2025.

But researchers at Telsyte claim the market will become mainstream within the next 10 years.

Home automation has a broad future ahead. According to Physics of the Future, by Michio Kaku, homes in 2050 will have large displays as walls (so you can change wallpaper anytime), be able to diagnose any disease you have and either solve it right there or suggest a doctor.

By 2050, technology will also transform homes into collectors and stores of energy. The future home will manage its energy use from a centralised platform, combining heating, electrical consumption, ventilation and vehicle charging.

Recent advancements in the Internet of Things has also resulted in price drops for sensors, speakers and processors, which is expected to encourage manufacturers to promote automation in the household sector. The global smart-home ecosystem is also set to continue its rapid expansion, with the increasing speed of 5G implementation.

Amid all this, one thing is clear; the new home in 2050 foresees radical adjustments to house building design, inspired by new technology, population shifts and climate change to become safer, more personalised, and more energy-efficient.

Given Quantify’s user-and-designer-friendly technology, the ASX-listed, Perth-based company is emerging as a likely candidate to usher this new future to reality.