At the heart of the middle east is Abu Dhabi, the capital… 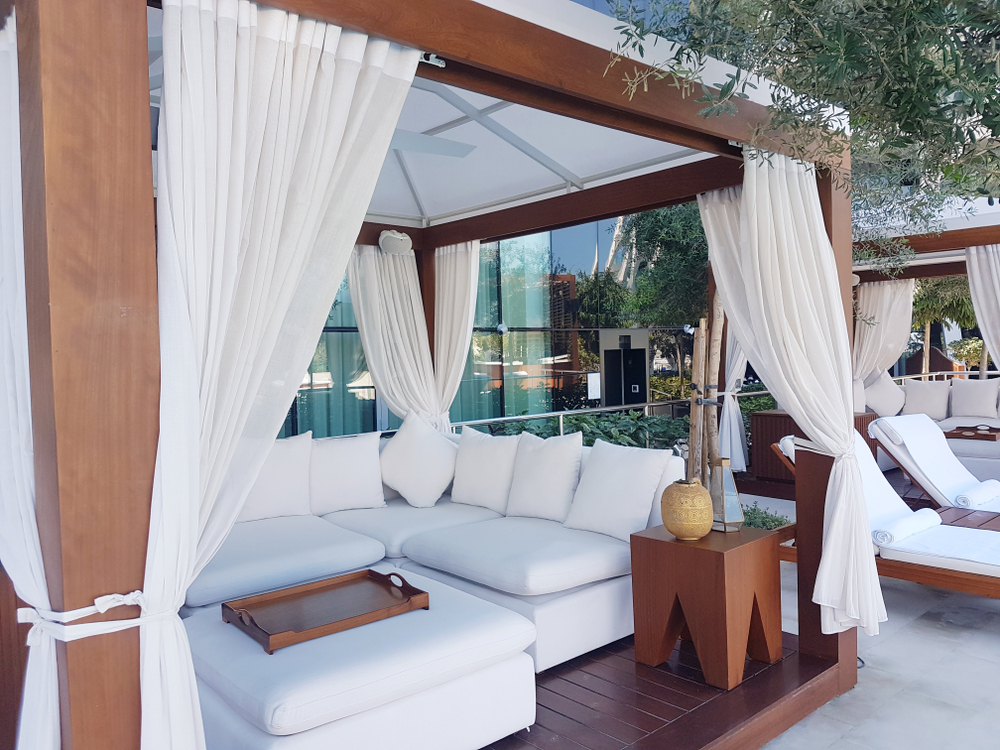 At the heart of the middle east is Abu Dhabi, the capital of the United Arab Emirates and one of the richest cities in the world. This proudly contemporary city is perched on the edge of the Persian Gulf with a backdrop of sweeping sandy deserts on its horizon. Wealth has run through its veins since the discovery of oil in the early 1960s, creating this rapidly growing metropolis. This storybook slice of Arabian dreams has a wonderland of indulgent hotels, attractions and dining experiences sure to inspire you live out the millionaire lifestyle for your next holiday.

The attractions around Abu Dhabi are anything but subtle, think large, fast and the most lavished adventures imaginable.

The Sheikh Zayed Mosque takes the cake as the world’s most expensive mosques and an architectural masterpiece in its own right. It is adorned with 1000 golden columns, with 82 embellished domed roofs sitting below the 85-metre-high crowning marble dome, all reflected in the huge infinity pool which surrounds the building. Inside this Aladdin’s Cave, you will find yourself steeping on the world’s largest Persian carpet and above your head hangs one of the mosque’s seven gold and Swarovski crusted chandeliers, the most expensive ever made. This mosque is open to those of any faith and well worth a wander to wonder at its glory.

For families visiting Abu Dhabi, there is no shortage of activities fun for the whole family. Maybe you might like to take a ride on the world’s fastest roller coaster in Ferrari World or dive into a Yas Water World to cool off from the desert heat. For those wishing to continue their fairy-tale dreams of Aladdin’s Cave why not let your imagination go wild at the Warner Bros Studios theme park.

Maybe a touch of shopping is what you had in mind…Whether you are after the world-class shopping malls the UAE is famous for, boutique European shopping avenues, Arabian open-air markets or traditional souks this city has it all.

But the attractions don’t stop there, there really is something here for everyone. For those seeking a slightly more cultured experience, the Louvre Abu Dhabi is a universal museum that brings together cultures of the world, tracing humanity’s artistic achievements from the Neolithic up to the present day.

Abu Dhabi has become a melting pot for some of the worlds some exclusive restaurants offering some of the exquisite meals under the backdrop of unparalleled elegance and style. Just some choices could include the finest traditional home-made pasta at Villa Toscana, or the intense blend of spices from an Indian curry at the Punjab Grill, the artwork of cakes and pastries from the Terrance on the Corniche, or the freshest Japanese sushi from Zuma. Or for some local flair why not book into the InterContinental’s Byblos Sur Mer. Just one of Abu Dhabi’s restaurants where you can arrive by superyacht.

And when its finally time to rest your weary head you will have over 170 lavished lodgings to select from. At the top of the market is the Emirates Palace, literally dripping in gold and opulence this hotel is, in fact, larger than Buckingham Palace and with tailored holiday package of US$1 million it has a price tag to match. Even the less expensive hotels here offer that grandiose luxury that the middle is so well known for. With locally-grown brand Ian Schrager’s Abu Dhabi EDITION hotel or leading hotelier Park Hyatt’s Saadiyat Island beach resort there is a little slice of luxury here for any budget.