Two of the biggest Italian brands Smeg and Dolce & Gabbana have… 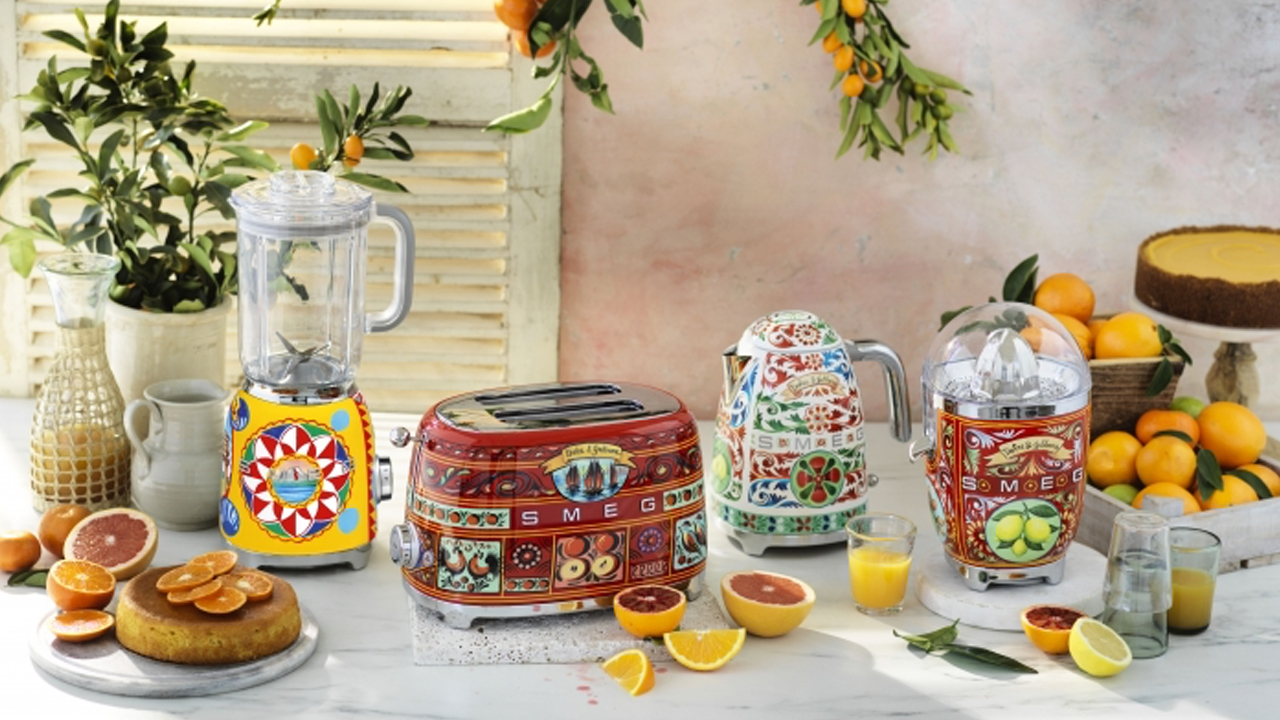 Two of the biggest Italian brands Smeg and Dolce & Gabbana have partnered to celebrate their style and Italian heritage to bring the latest in kitchen appliances that you didn't know you needed until now.

Sicily's history, cuisine, beauty and culture are all captured in the likes of kettles, blenders, toasters and even mixers.

They take you back in time to an era when colours and patterns where everywhere and to when designer appliances weren't a thing – as long as it did what it was meant to it was all good.

All of the appliances feature delicate floral motifs that are inspired by the coasts and landscapes of the Southern coastline and images of Mt Etna.

It also showcases picturesque ruins of the Greek temple of Castor and Pollux in the Valley of Temples.

So throw away those boring old silver stainless steel appliances that everyone seems to have and celebrate the Italian culture by decorating you kitchen with these beautiful appliances.

It is made of stainless steel and can cook two slices of bread, bagels or crumpets to the perfect golden brown.

This kettle is adorned with Sicilian cart motifs and colourful patterns.

The bottom half of the kettle is characterised by oval shapes that enclose the unique Mediterranean flavours and colours such as yellow lemons, oranges and fiery red cherries resembling Mt Etna.

However, what makes this kettle special is the typical Sicilian decoration of paparuni which is pictured on the lid.

Just like the toaster it is made of stainless steel and can make seven standard cups of tea (or coffee) at a time.

"An explosion of colour and liveliness."

This is the description of this stand mixer.

With an explosion of colour and liveliness: the golden yellow of lemons, fiery red of cherries, the azure of the Sicilian sky and the green of the prickly pear this mixer is sure to make a statement.

The bright colours are juxtaposed against the simplistic stainless steel bowl which makes them appear even brighter and more lively.

The repeating flowers evoke the theme of spring, sunshine and good times.

This blender is different from the rest of the appliances because it features more of the historical and traditional side of Sicily's culture.

On the base are the picturesque ruins of the Greek temple of Castor and Pollux (the Dioscuri – twin brothers) and the images of the structural archaeological symbol of Sicily situated in the Valley of the Temples.

This fridge is inspired by the carrettelle (similar to a go-kart), taking inspiration from the traditional Sicilian vehicle with its form and colours.

The bright yellow represents the Mediterranean sun and surrounding islands.

In the centre, we have a large oval that frames a group of fruits from the land of the Trinacria: lemons, prickly pears, grapes, oranges, pomegranates, and blossoming tangerines which is set against an orange background and checkerboard patterns.

So there you have it, there's no need to be ashamed and hide these appliances when they look this beautiful.

You can be the talk of the town and host some awesome dinner parties that state how traditional and amazing these really are.