Experience the Untold World of the Middle East

It’s a huge tent, being flaunted in the middle of a smoothened… 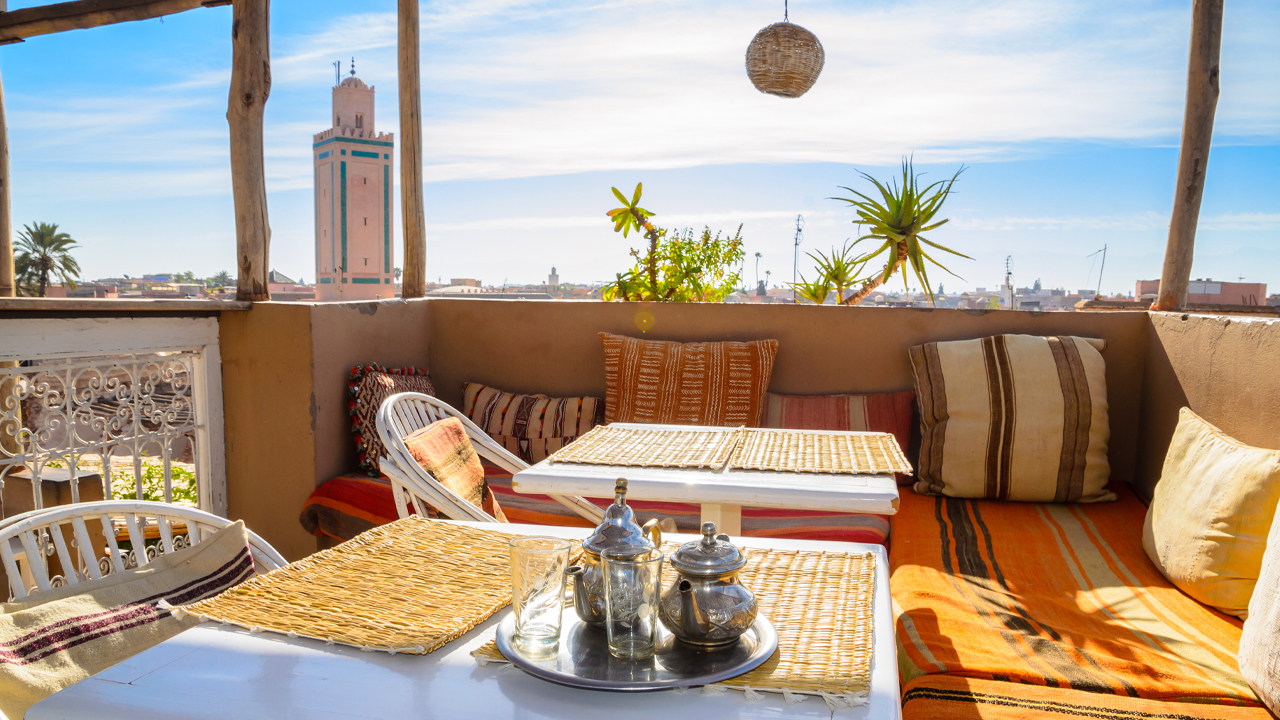 It's a huge tent, being flaunted in the middle of a smoothened desert landscape. From afar, what strikes an onlooker is how the brightly coloured carpets envelop the floor and more colourful pillows adorn beige sofas that seem to rise so low from the ground. Just outside the tent will be a small lit fire, with a tea kettle proudly sitting in the middle. This is called Shai Al Hatab, which translates to tea that is made over burning wood, in English.

There is something so exotic and at the same time luxurious at the way they prepare this kind of tea. It takes time. It's not like you boil water for five minutes and voila - you have tea. The process entails two pots, one with boiling water and one with the tea leaves. The tea leaves pot will continuously be added boiling water (and more tea leaves) until they get the flavour that they desire - strong and bitter. This also explains why they put a lot of sugar in it, while others put mint or sage.

And now into the pouring. There is also an art to this. The pourer will have to try to rise the teapot as high as he can without spilling the tea inside. Also making sure that the tea makes it into the lavishly decorated cups. It is said that aerating the tea makes it tastier, and to add more froth. Some say that this is also a rite of passage for the younger generation to join the adults in their tea conversations, but only if they get to do it properly, especially in traditional Arab families.

Tea is served before a meal and also given at the end of a meal. It is also meant to accompany dessert, or just for lounging in the afternoon in front of your home while smoking the shisha. Tea and shisha are two things that go very well together, especially when a group of friends hangs out in their tent on a lazy Saturday afternoon.

The traditional Middle Eastern tea and shisha is now an experience that you can have, especially if you visit the Souq Waqif in Doha (Qatar). The ambience of the Souq (traditional market) will take you back in time. And several desert tours include the tea traditions, propping up a tent in the middle of the desert with a bonfire, and even serving shisha and a belly dancing show. But if you prefer to have your experience inside the luxurious Arabic 5-star hotels, prance around Dubai or Abu Dhabi (UAE), a lot of the hotel restaurants serve it authentically. You can also try the famous Moroccan flavoured mint tea, which you can of course, though it's best when in Morocco.